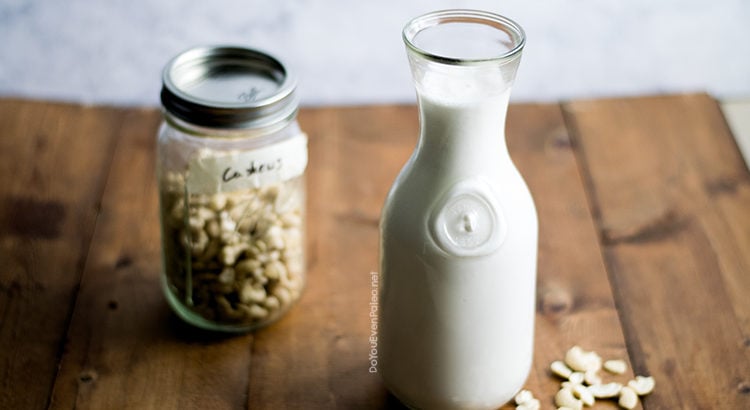 Homemade Cashew Milk is a go-to in my kitchen lately. I finally decided to take some pictures and show you how I make mine!

I’ll be honest. More often than not, I’d rather buy non-dairy milk from the store rather than make it myself. With no preservatives or stabilizers, homemade nut milks typically don’t last long in the fridge.

So why am I sharing a recipe for cashew milk? Well, even though there are more and more non-dairy milk options in store, it’s hard for me to find pre-packaged nut milks without a bunch of additives in Fargo, ND. That’s not always a deal-breaker for me, and I still buy some brands despite the additives.

But that brings me to my next point: store-bought nut milks are expensive. Just like ghee and nut or seed butters…you’re paying for convenience. Sometimes I’m more than willing to pay for that convenience, but the man spouse and I are currently saving for a down payment on a house and in my eyes, each bit of cost saving (however small it seems) helps in the end. 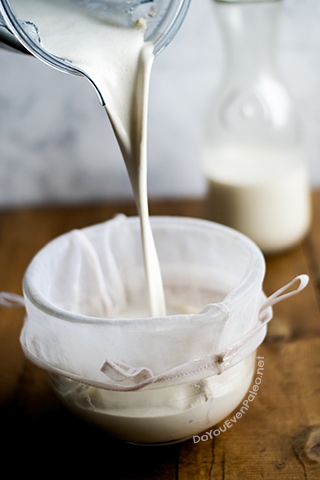 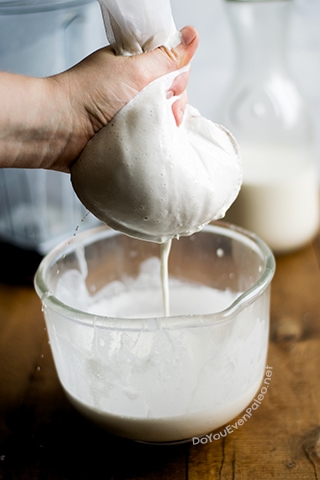 Don’t have the time or motivation to make your own pantry supplies? That’s just fine.

I still think it’s extremely helpful to learn the basics. Then you can pick and choose what (if anything) makes sense for you to make at home.

For me, it really comes down to cost savings versus time. The money I save making my own cashew milk is worth the time it takes. It’s a personal preference!

Why cashew milk? Why not almond milk? I’ve grown a little tired of the almond flavor invading everything I add almond milk to. Sometimes it’s just fine, but when I’m adding a little nut milk to my coffee or tea, I’d prefer not to have the extra flavor. Cashews make a very neutral but quite creamy nut milk, which is why they’re my favorite right now. 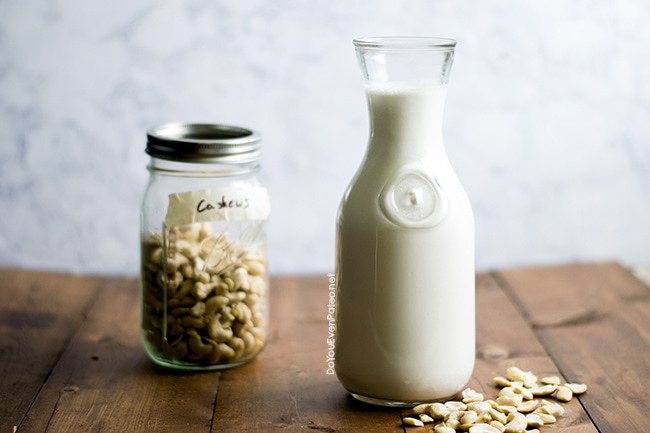 There is a super-spiffy bonus for making your own cashew milk, though. The pulp! That’s the stuff left over after you’ve squeezed the liquid out. Cashew pulp makes a great faux cheese. I add a splash of apple cider vinegar, a pinch of salt, and sometimes a bit of nutritional yeast. You’d be surprised how cheesy it is! I’ll then eat the cashew pulp with plantain chips, tacos, tuna salad…it’s up to you, really. Just don’t waste it! 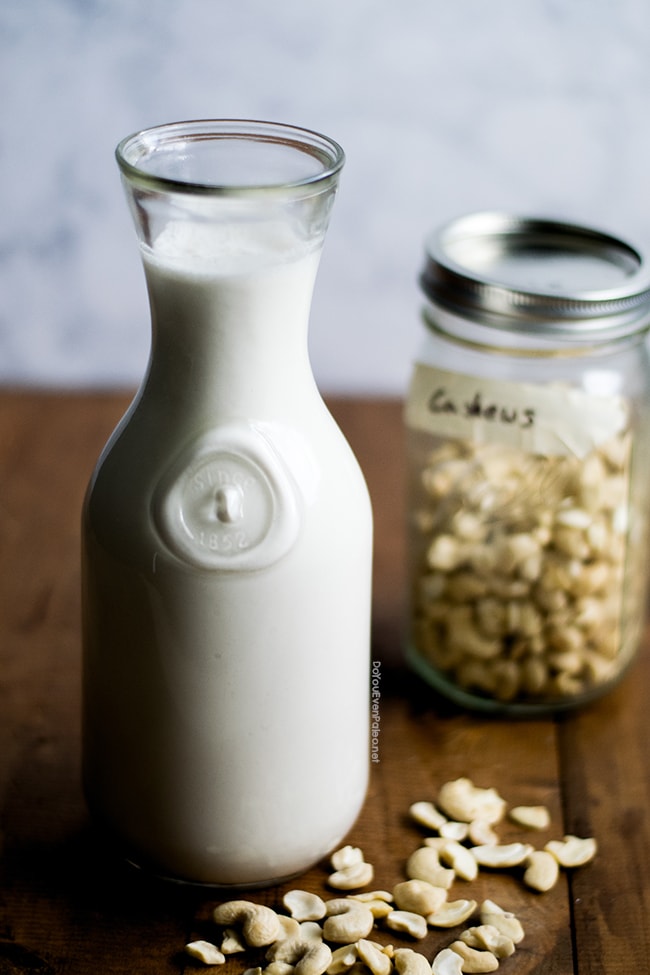 Ways to Use Cashew Milk

One last thing. I want to make a case for nut milk bags. You don’t need one to make nut milks. You might scoff at the idea of getting a kitchen tool “just” to make nut milks, which you may not end up making all that often. But you definitely don’t have to stop at nut milks with a nut milk bag! I use mine when I make homemade ghee (for separating the milk solids at the end), cold brew coffee, hashbrowns (I squeeze out excess moisture before tossing them in the pan) and any other time I need a simple straining tool. I use it way more than I initially thought I would. Plus, they’re pretty inexpensive!