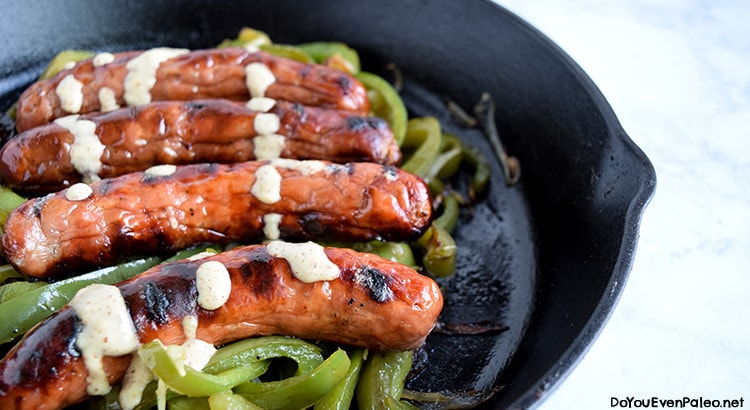 Temperatures are consistently above 40° F and sun is shining at least part of the day. Time to bust out the grill in North Dakota!

I’m so excited to grill out this year and I’ve got a slew of grill recipe ideas to back up that excitement. One of the first things I made this year? Brats with grilled peppers & onions (a.k.a. the recipe you’re here for). 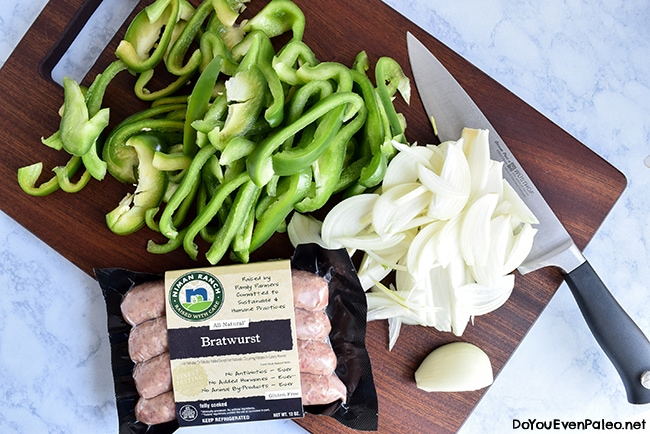 Part of my excessive excitement about grilling this year is because the man spouse and I bought a new grill! Our previous grill was a gift from my best friend, who was moving states away and didn’t want to bring it with her. She and her husband had bought it off Craigslist for $20. So the thing was never in good shape, with half of the grates almost rusted through. Then last fall, some of the igniters just stopped working and we deemed it unsafe.

A few weeks ago, we bought our new grill as a joint birthday present to each other. My hubby’s birthday is in early March and mine is in early April, so instead of buying gifts separately we’ve decided to pool our money in the middle for something extra special. I still surprised him—I’m very good at getting him gifts, so he agreed to pay for half of our birthday present without knowing what it was! I’d say he trusts me. 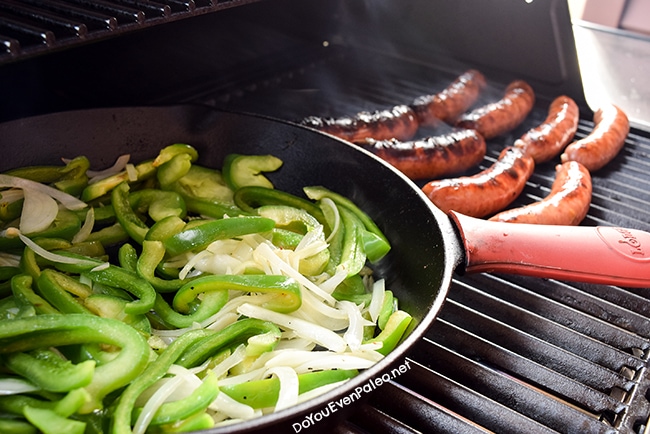 Anyway, my man spouse’s favorite grill meal is brats. Boring, I know. He suggested we break in the new grill with an overzealous amount of brats, and I gave in. Fine. Let’s not use the grass-fed, organic sirloin we just stuffed our freezer with (I spent my tax return on 1/4 cow from a local rancher). Sigh.

Still, it was a good opportunity to test something I’ve been wanting to try since getting a cast iron skillet years ago: cooking in the cast iron directly on the grill. 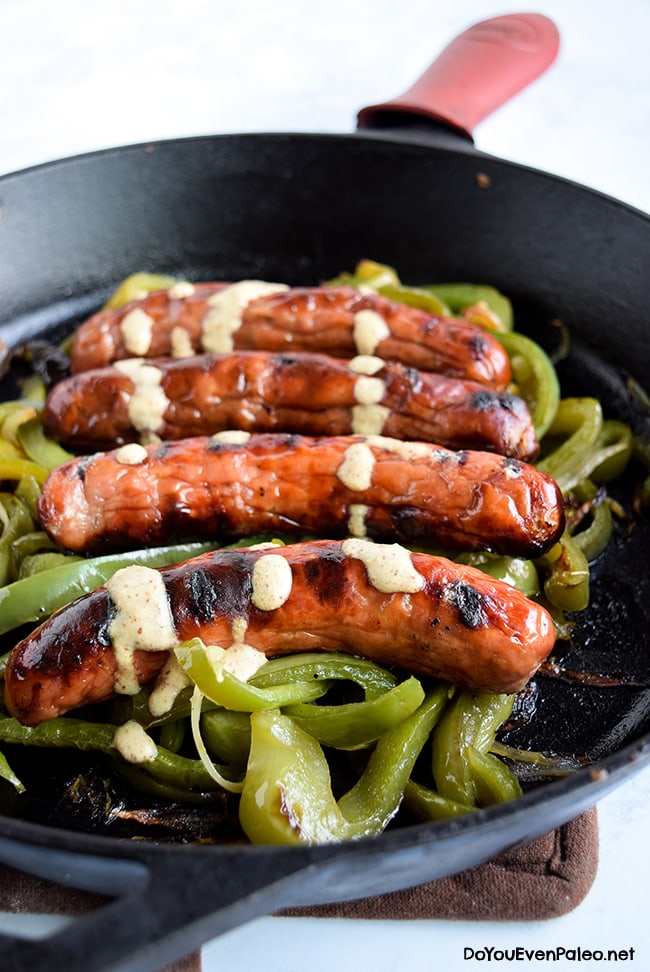 That’s one of the awesome perks of cast iron cookware. You can use it basically anywhere. Stovetop? Check. Oven? Check. Campfire? Check. Grill? Check!

I’m incredibly glad I finally tried grilling with my cast iron. Wonderfully soft, caramelized peppers and onions took only 15 minutes with zero hassle. And since the whole meal takes very little time to prepare, I’m happy to put it on my weekly menu all summer long! 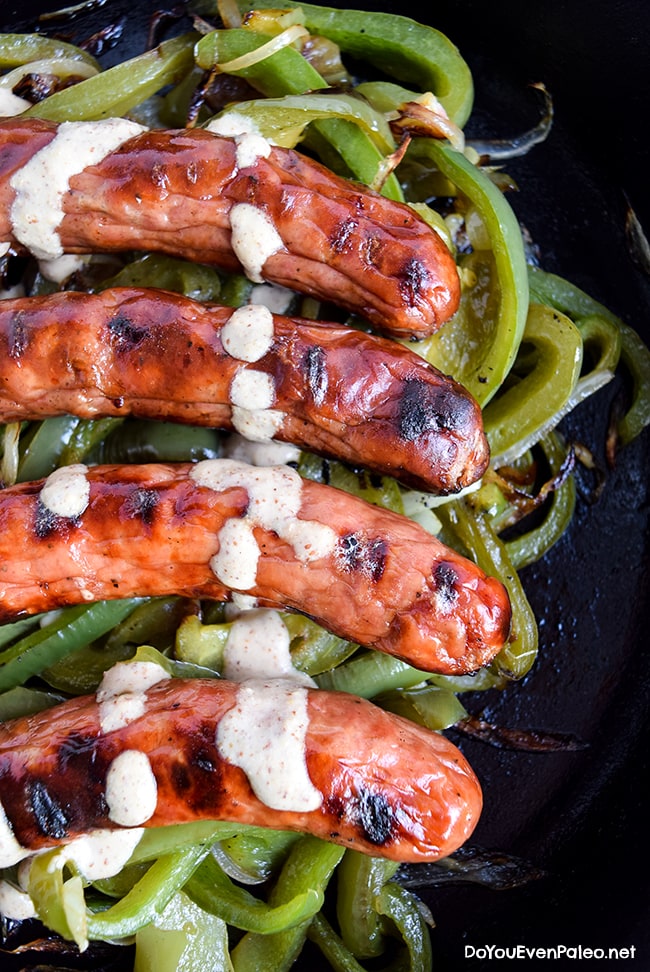 I know there are paleo purists out there who maybe don’t see brats as paleo (they are processed food, after all).

All I have to say to that is “Meh”…or, the long-winded version, “kindly GTFO and let me live my life.”

I read ingredients lists and I’m cool with a few brands of brats and sausages that don’t have a lot of added junk. They maybe aren’t 100% paleo, but I can live with that. Niman Ranch and Mulay’s are brands I can find locally. I encourage you to read the ingredients on the package and make your own decisions about your life.

Even if you wag your finger at the brats, you can totally still follow this recipe to make the grilled peppers and onions and roll with that. Follow your dreams!

Using a cast iron skillet, you can make brats with grilled peppers & onions all on the grill in 20 minutes!

One thought to “Brats with Grilled Peppers & Onions”