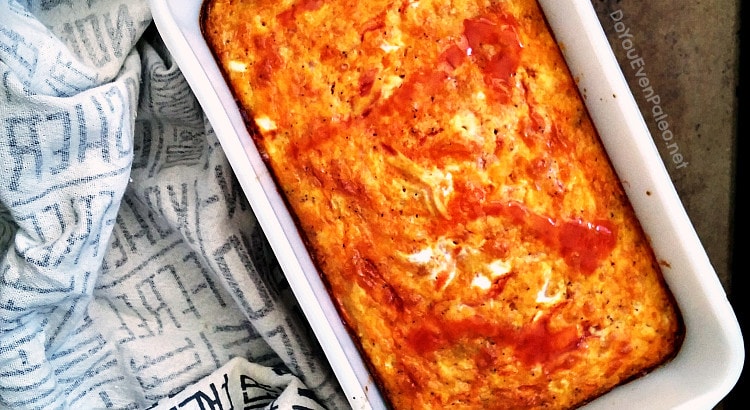 I’ve got to apologize in advance that I don’t have more to say today. I’m writing this post quickly before leaving on my vacation and scheduling it for later. Hopefully you understand why I’m in a rush!

I created this recipe a looong time ago while experimenting with leftovers and egg bakes. Like many of my early creations, I didn’t write down the recipe and therefore completely forgot I had made such a thing (even if it was totally delicious). That is, until someone going through my old Instagram photos (from over a year ago) asked for the recipe and I realized I didn’t have it.

Remembering how awesome it was, I decided I’d better test it again and post the recipe this time! 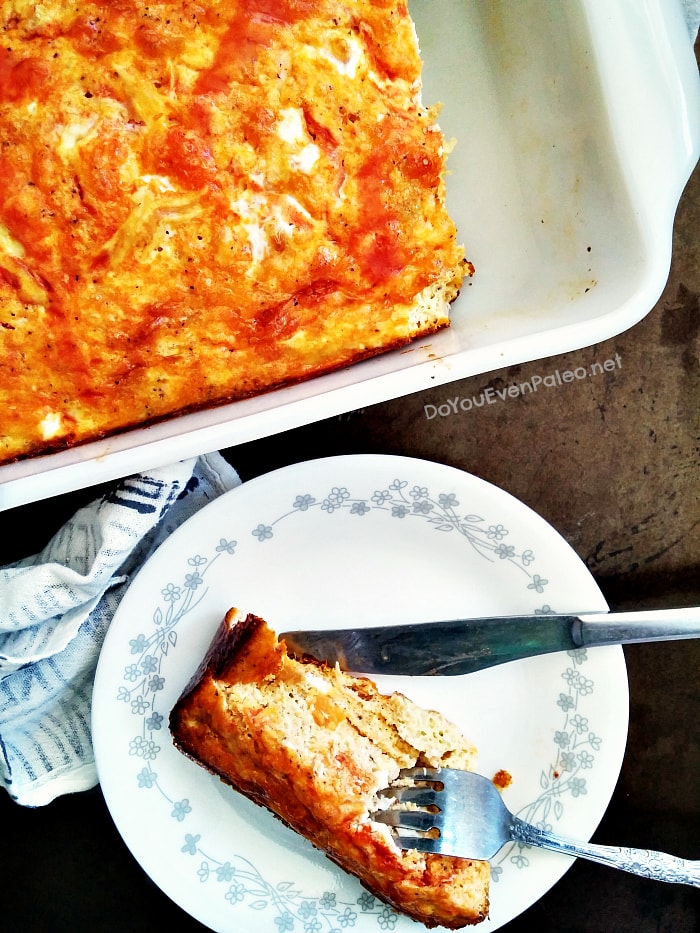 I’m glad I recreated this egg bake, because I’m pretty sure it’s going to become a staple. I love that it’s full of protein and carbs, because that makes it perfect for eating after a hard CrossFit workout. I’ve realized lately that I haven’t been eating nearly enough carbs, so I’m really trying to up the ante in that department and make sure I always eat carbs and protein after training.

Paleo is not by default a low carb diet. I’m not sure where the fear over carbs started. It’s true that the SAD (Standard American Diet) features waaaay more carbs than is necessary, but you’re cutting out the excess when you cut out grains. Don’t fear sweet potatoes! For whatever reason, those who follow paleo are able to shake their fat fears but too many are still hanging on to this fear of carbs. 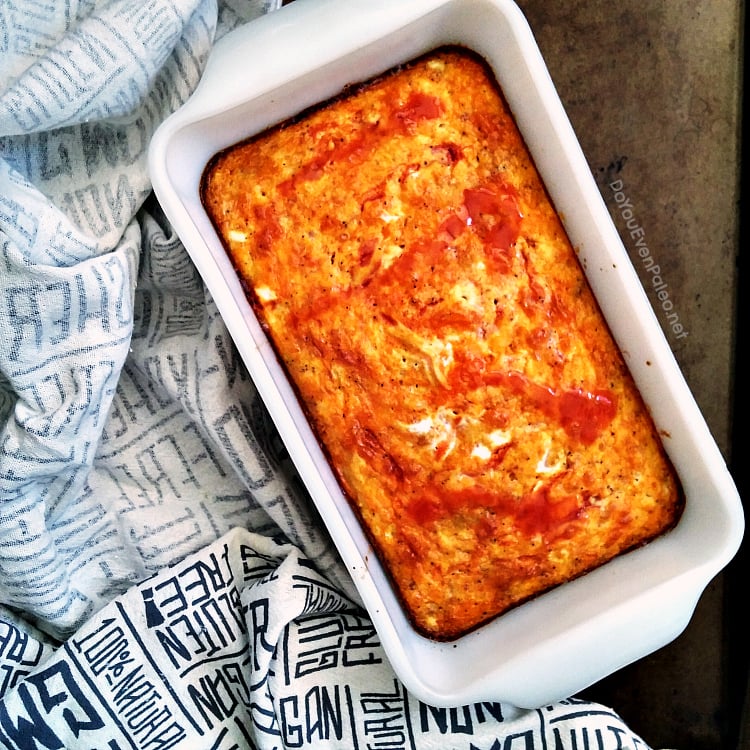 Back to the egg bake. It tastes great cold or reheats well – just another reason it’s great for postworkout. I made a batch on the weekend and ate it throughout the week, and it tasted great every time!

It’s also incredibly versatile. Don’t have chicken on hand? Use pulled pork instead. You can omit the hot sauce and ghee if you’re not a “buffalo” fan. If you want to make this a more well-rounded meal rather than a postworkout snack, add some greens or finely chopped veggies. The power is in your hands! 🙂

Enough blogging. Time to give the kitties long, long hugs before leaving them for 5 days. It’s the hardest part of vacation, folks. For real.

This unusual-sounding breakfast combo is crazy addicting, and only uses 5 ingredients!