It’s an exciting time in my life, so why not share an exciting recipe like these chocolate cherry almond butter blondies?

I don’t make many desserts anymore, instead focusing my attentions on quality cooking. Paleo baking is a lot more difficult than traditional baking, and I’m just not as good at baking as I am at cooking. Still, I’ve been obsessed with the chocolate/cherry combo lately (and it’s not even cherry season yet!), and I was daydreaming about the fudgy denseness of a good brownie or blondie…so these happened.

And I’m super glad they did.

Before we get to the blondies, though…I hinted at some good news on Instagram, and now’s the time to share it.

I’m giving my first cooking demo at the new Fargo Natural Grocers in June! I’m so excited. It feels surreal to be sought out and recognized as someone in the Fargo, ND community who knows a thing or two about great food (that both tastes good and is nourishing)! I’ll be giving more details in a subsequent post. If you’re in the Fargo area, make sure to mark it on your calendars and be there!

I was going to hang on to this recipe to share on a rainy day (you know, when I haven’t had time for recipe testing and whatnot), but with the intense excitement washing over me about the demo, I decided to set this recipe free now. I know you’ll like it! 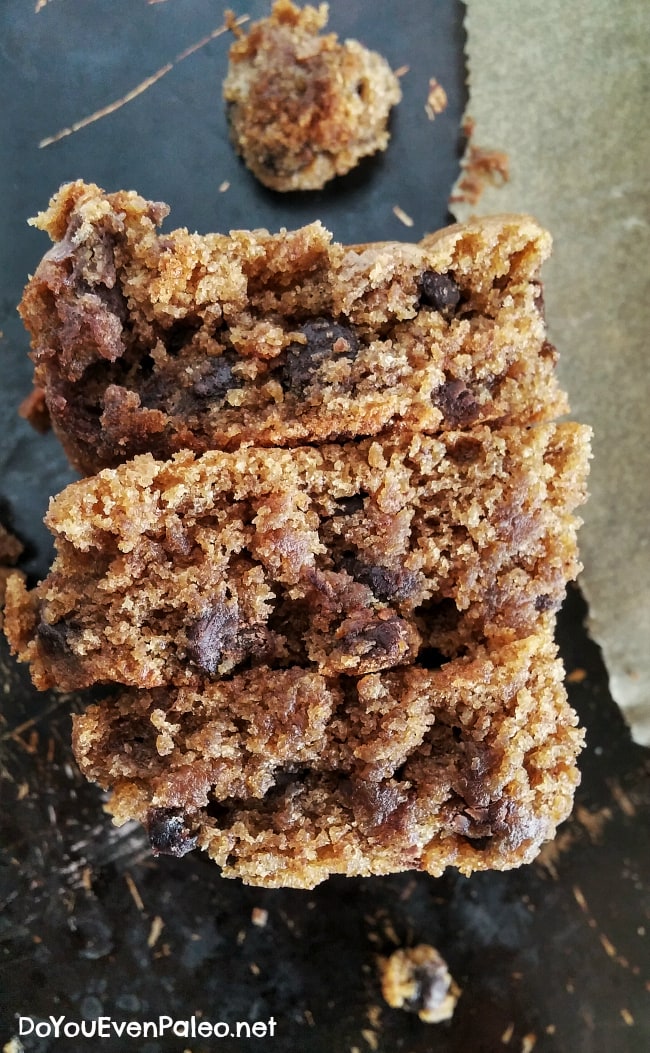 These blondies are made with almond butter…who knew that you could just skip the flour entirely and make awesome treats with nut butters? This realization changed everything for me! The hardest part of using nut butter for baking, I discovered, is making sure you have enough. Because I tend to eat that shit by the spoonful. Because nut butter is addictive, y’all. Fun fact: I almost called this blog “Almond Butter Addict”. Seriously.

By baking almond butter with just a few extra ingredients, you get these utterly decadent blondies. If that’s not simple, I don’t know what is! Chocolate chips and cherries just put them over the top. With summer almost here (and cherries almost in season), these blondies would make an excellent treat for a potluck or BBQ – that is, if you’re willing to share! 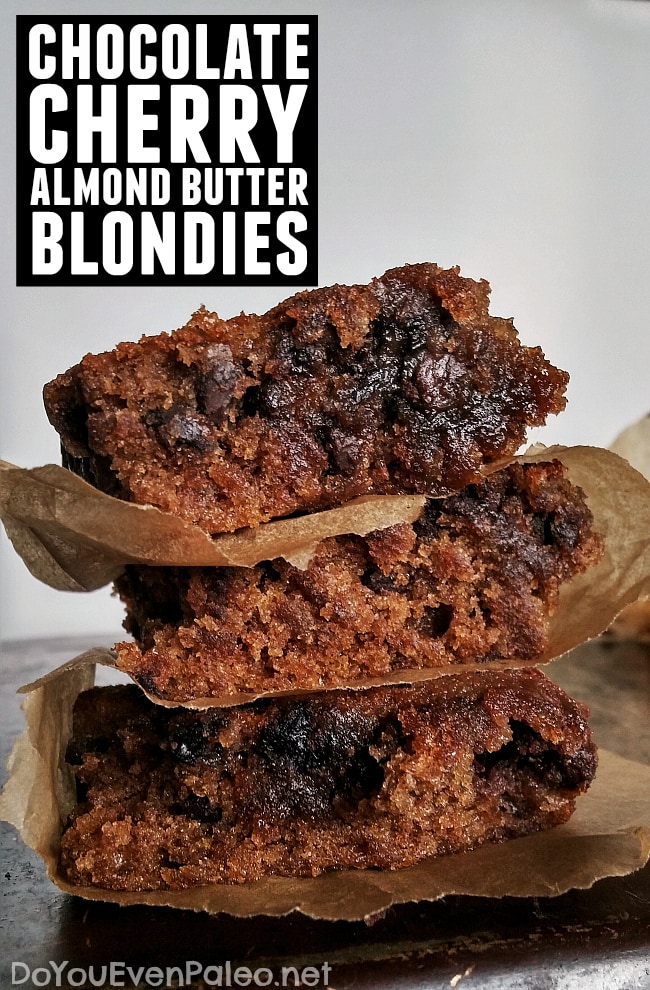