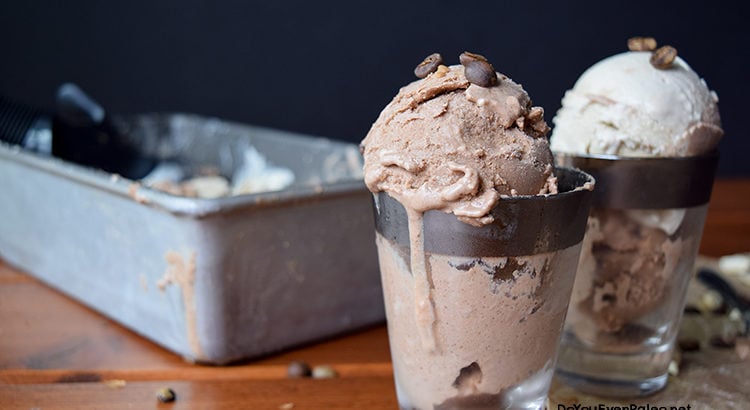 Thick and delightfully creamy, this Coffee Cashew Ice Cream requires no heat, minimal ingredients, and just a bit of your time.

Get ready to dig in. You’re going to love this recipe (assuming you’re a coffee fanatic who eats cashews).

I’ve become enthralled with ice cream this spring…specifically dairy free ice cream, of course! I have a growing list of recipe ideas that I’m slowly working through. But as a coffee addict, an ice cream featuring cold brew coffee was at the top of my list. 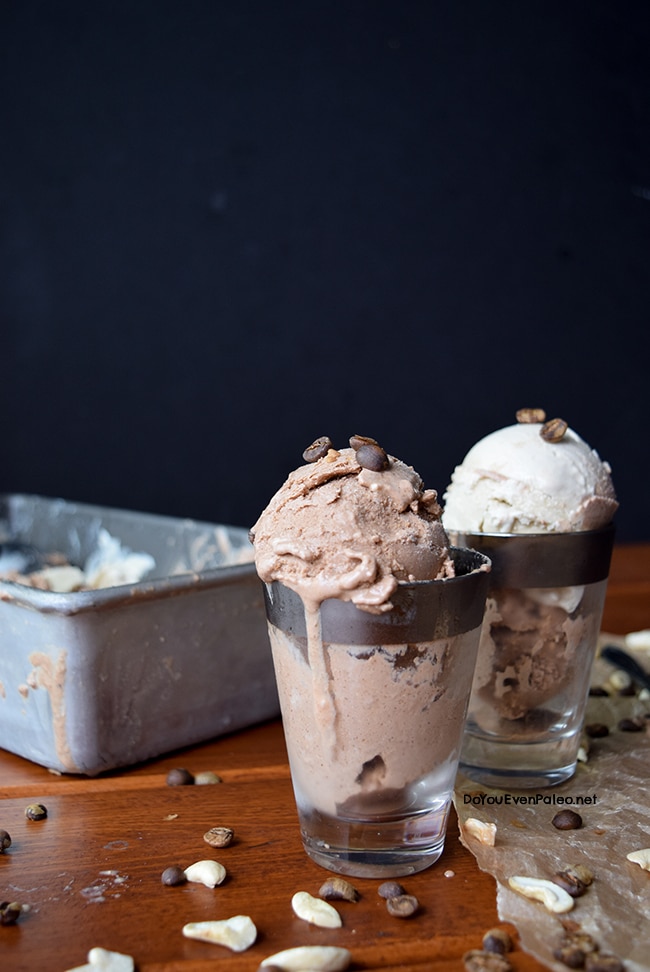 There are a variety of ways to make dairy free ice cream. Most paleo versions feature coconut milk.

But one of the frustrations of dairy free ice cream is that the texture is icier than typical, full fat ice cream. Which is fine, honestly. Nothing wrong with that as long as the ice cream has flavor…but texture is one of the joys of the culinary experience. 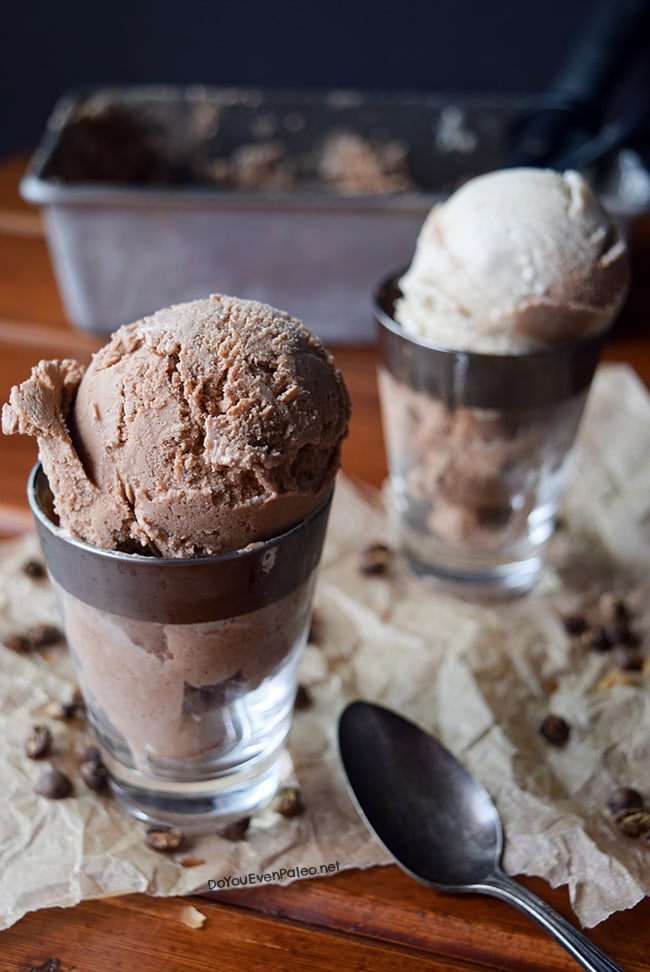 There are a few ways to make ice cream creamier. First up, you can add egg yolks to the mixture, which technically makes a custard. I’ve seen some recipes add gelatin instead, but I haven’t had much experience with that yet. So I decided to try cashews.

If you’ve spent any amount of time ogling over paleo recipes and hacks on Pinterest, you know that cashews are incredibly versatile. Cashew cheese, cashew sauce, cashew cheesecake…all from a little beauty we call cashew cream. Now don’t let that intimidate you! All you have to do for cashew cream is soak cashews for 2 hours, drain them, and blend them with 1/2 cup of water. Versatile, silky cashew cream is the result. 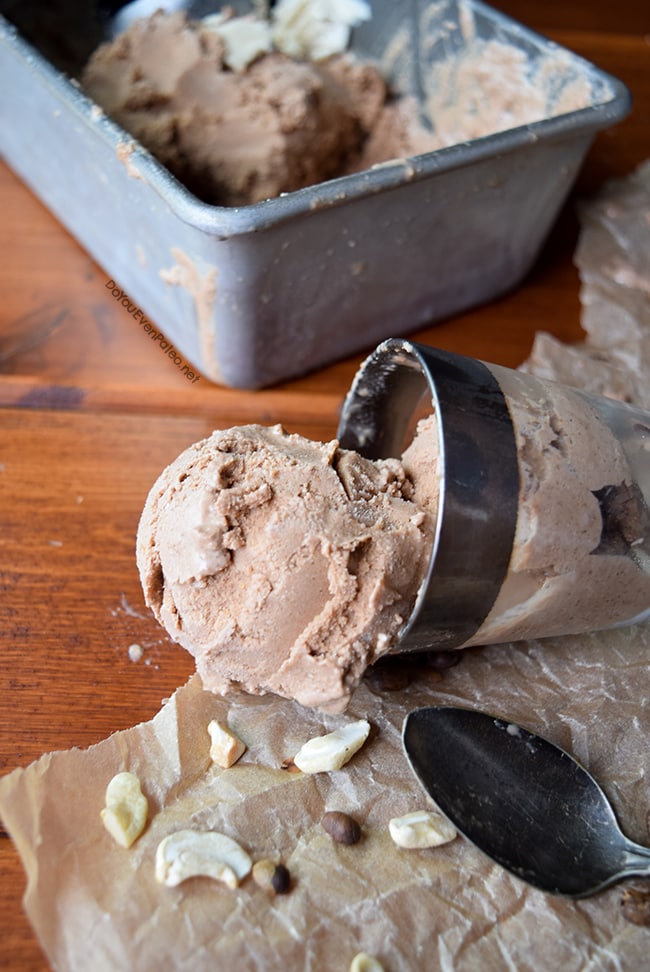 And if you blend that with cold brew coffee, cashew butter, and maple syrup, you get some unbelievable ice cream.

I mean, it’s like frozen pudding. Dense and bursting with the robust flavor of coffee.

Maybe the best part is that you can definitely eat this for breakfast for the caffeine boost. Totally justifiable. I might as well have named this recipe “Breakfast Ice Cream”. But I think then I’d have to #putaneggonit. 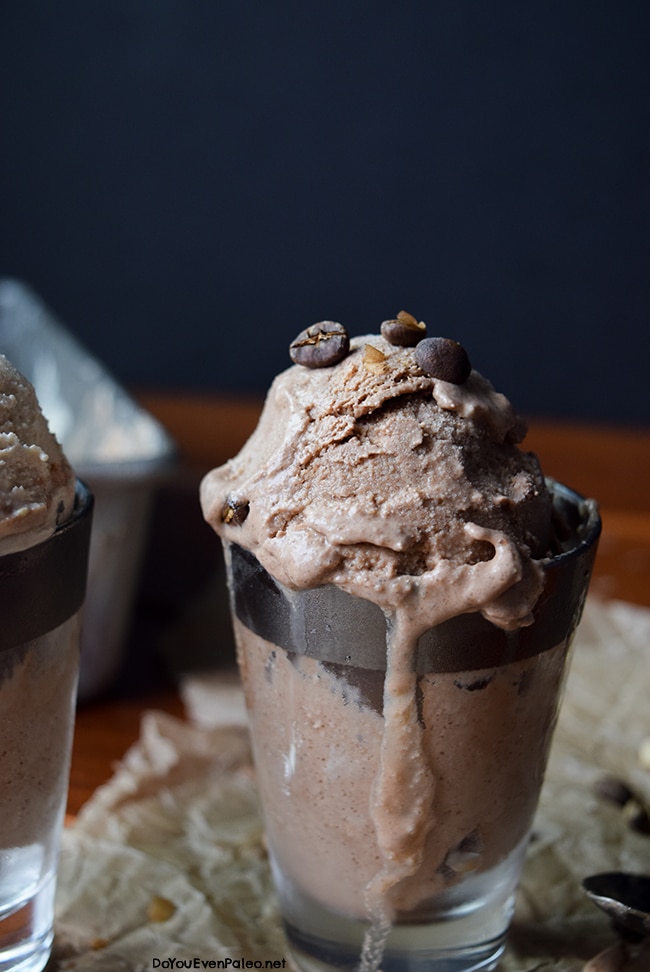 Okay, I got a little sidetracked. Back to the recipe!

As you can tell from the pictures, there are two versions of this ice cream. One version has cacao powder for a “mocha” version, and the other version is simply coffee. Both are irresistible. I honestly couldn’t tell you which I prefer – so you’ll just have to try both! 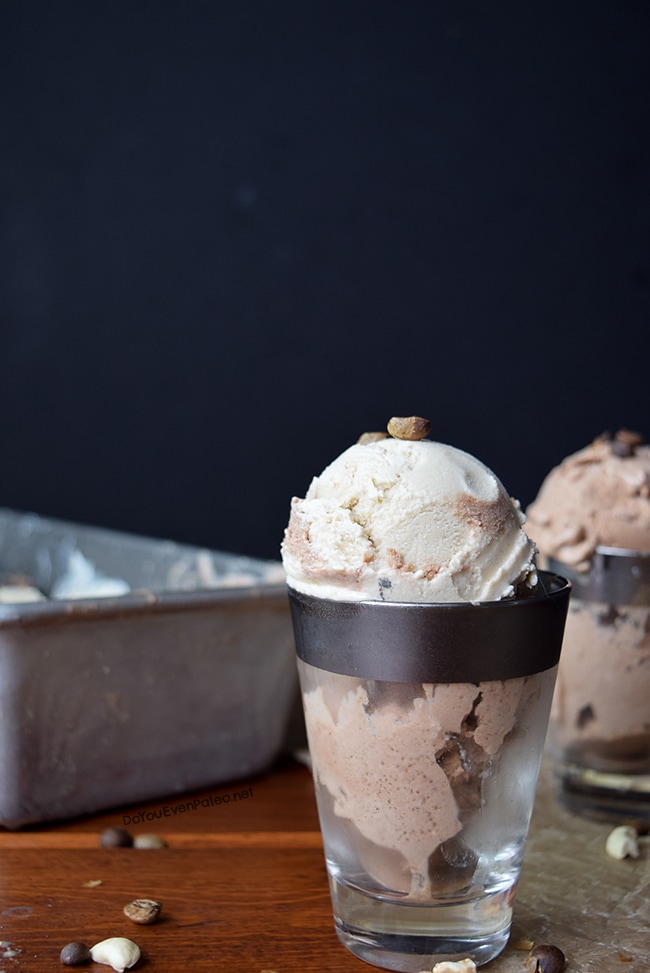 If cashew cream is just too intimidating, you can sub cashew milk. However, the ice cream won’t be as creamy.

Thick and delightfully creamy, this Coffee Cashew Ice Cream requires no heat, minimal ingredients, and just a bit of your time. Get ready to dig in!