Hey look! A recipe that isn’t a baked good or dessert! This is a big deal!

Of course, dessert isn’t the only thing I eat. However, most of my meals are so basic they aren’t worth sharing a recipe for. But, this Ginger Butternut Squash Soup is an exception. Creamy, popping with spicy ginger, and using one of the world’s best squashes as a base, this soup is definitely worth making. 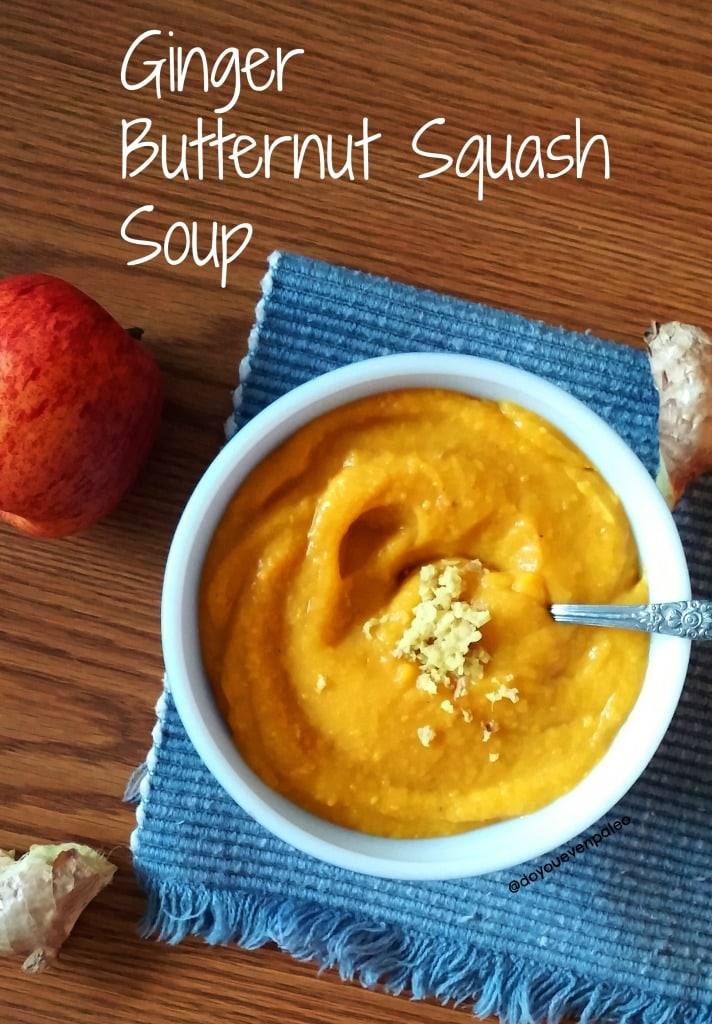 This soup creation was the result of some wisdom teeth getting kicked to the curb. If you’ve never had your wisdom teeth taken out, you’re basically told to be on a liquid diet the first day or two. Now, for some people, this means shoveling ice cream and pudding and smoothies down their throats, but I was determined to eat food that would jumpstart the healing process. So, I made some soups in advance, and this was one of them. (Pro tip: this soup keeps well. I had it sitting in my fridge for a week as I slowly finished it off)

But little did I know that this soup would be good for me in more than one way. Not only was it super easy to eat, but the ginger soothed my stomach—the pain pills they gave me often cause an upset stomach, but I never had any nausea or stomach pains. Normally that’s a huge problem for me. So I totally attribute the help to the ginger in this soup! That was lucky for me, because I hadn’t thought of ginger’s stomach-soothing qualities when I made the soup…I just thought ginger would be a great addition to the basic butternut squash soup.

And I was right about that. 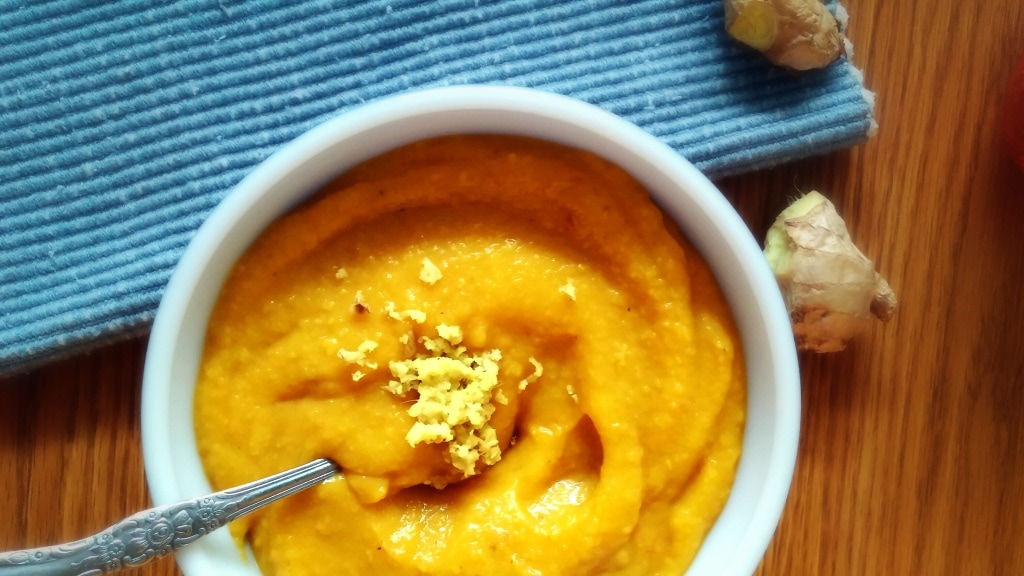 If you’re looking for an easy recipe that you can make Sunday and store in the fridge for week-long depletion, this recipe is great.

Likewise, if you’ve been having an upset tummy, you’ll want to make this ginger butternut squash soup. Soup makes everyone feel better because it’s soup. Add ginger and it’s like the Justice League of stomach soothing!

*If you use water or vegetable broth in place of chicken/bone broth, this recipe is vegetarian/vegan friendly.

This recipe was shared on the Allergy Free Wednesday Link-up.