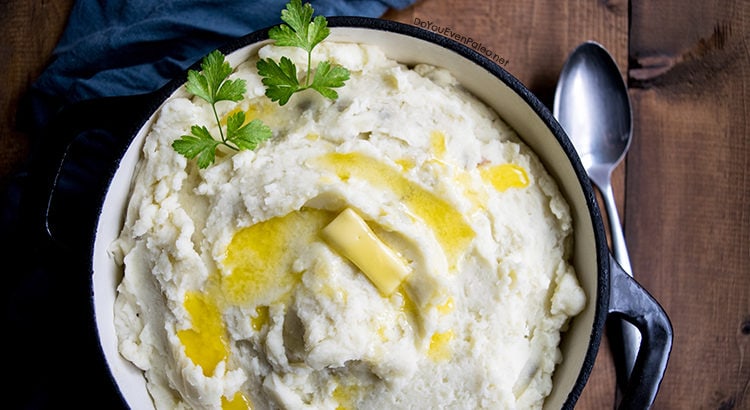 My beloved man spouse is celebrating his 29th birthday today! I thought we’d celebrate on the blog with his favorite food: Legit Whipped Mashed Potatoes.

After I met my now-husband Tjay, I figured out pretty quickly that he adored mashed potatoes. When his birthday rolled around, I sweetly offered to make him his favorite dessert. He shrugged off the notion entirely, claiming “I’d rather have steak and mashed potatoes.”

I’m no stranger to mashed potato lovers. Tjay happens to share a birthday with my dad, a fellow mashed potato aficionado. (Yes, the amount of similarities between my father and my husband freak me out.) 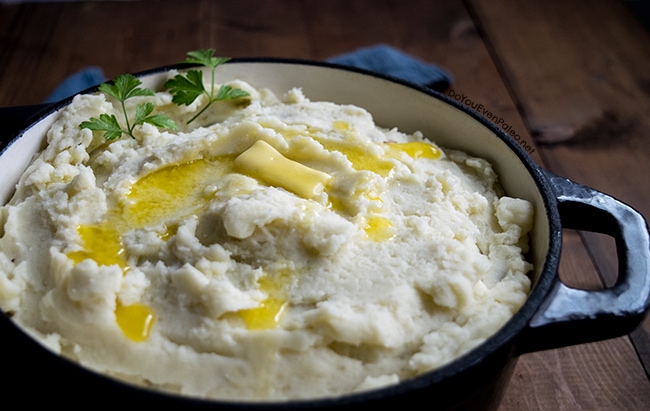 When I was a child, Mom was the main cook in the house. Sure, Dad “cooked” when my mom worked late, but that typically involved spontaneously tossing the contents of various canned foods together to create something that was sometimes palatable and sometimes…not. But there was one exception when it came to family meals. My dad always made the mashed potatoes.

Eventually I learned what was behind the arrangement. Dad never really learned to cook, but he discovered at a very young age that he adored mashed potatoes. As he got older, though, he grew frustrated with the “instant” crap many restaurants served. He knew in order to have great mashed potatoes, he had to learn how to make them himself. I like to imagine he tested out all the various methods he could find while he was working in a potato factory in Idaho (it’s true that he worked in a potato factory in Idaho, but I’ve never asked when he worked on his mashed potato recipe). Anyway, once he made whipped mashed potatoes, that was it. Nothing else would quite do for him. So even after my dad met my mom, mashed potatoes were always his duty in the house. 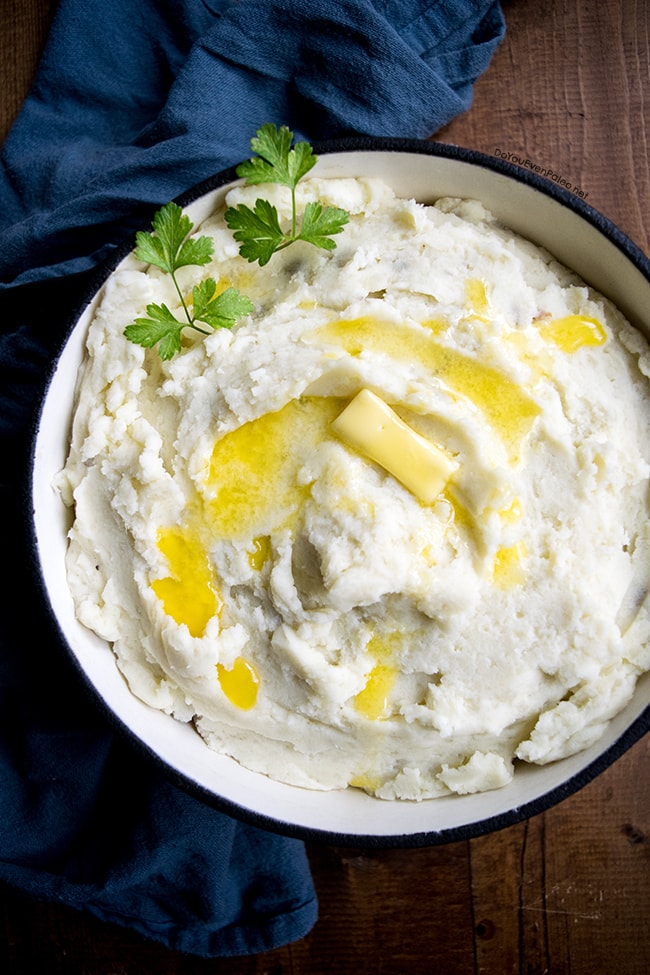 To this day, Dad still makes the mashed potatoes for every Christmas, Thanksgiving, or other holiday meal. Of course, he makes four times more than anyone will have room for to ensure he has enough for his “dessert” helping! 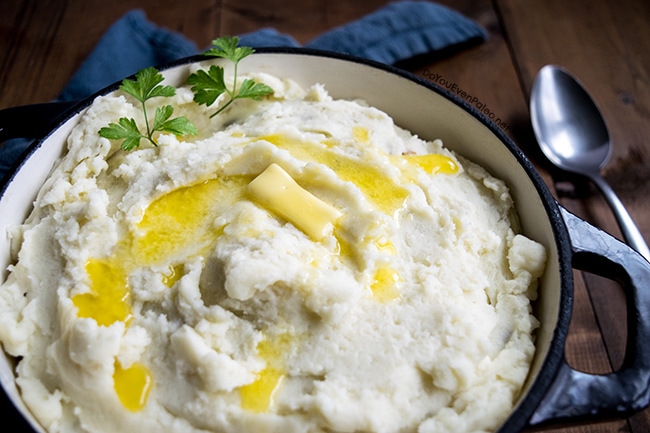 There are some basic things to know, though.

Russets are the best for mashing. They’re widely available, not too expensive, and starchy. Starchy potatoes are key for good, fluffy mashed potatoes!

Once you’ve got starchy russets on hand, you need fat. Simply put, mashed potatoes are best with fat. That’s why this recipe uses butter and cream (or ghee and full-fat coconut milk, for a dairy free and paleo option). Use reduced fat milk, broth, or other nut milk and you just won’t get the same results. Sure, you can use any of those as substitutes, but it’s my husband’s birthday, remember? Gotta indulge a little.

Another note on the coconut milk. Using coconut milk will change the flavor. I considered not including that sub at all, because the two outcomes are not the same… but when I subjected Tjay to a blind taste test, he actually rated the coconut milk version the highest. Totally blows my mind, since he typically claims he hates coconut milk in savory dishes.

Finally, whipping the mashed potatoes takes seconds. It’s important not to overmix them or they’ll become gluey. Whip them only as long as necessary to combine the cream with the potatoes and fluff them up. Then you’re done! Any mix-ins you want to use like chives, rosemary, tarragon, chile oil, avocado, bacon, etc. can be folded in with a spatula after they’re whipped. 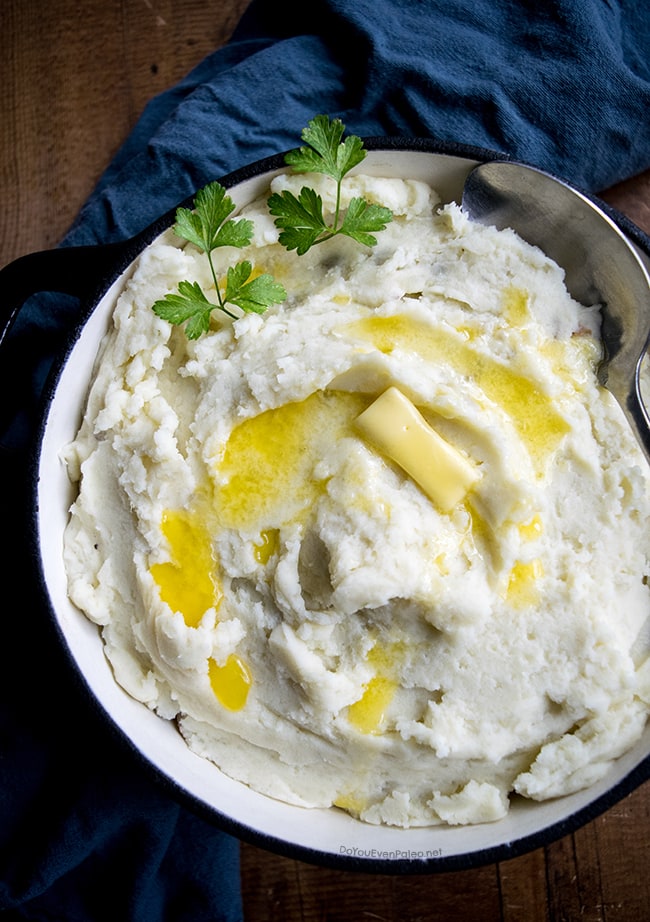 Let’s get to cooking, shall we?