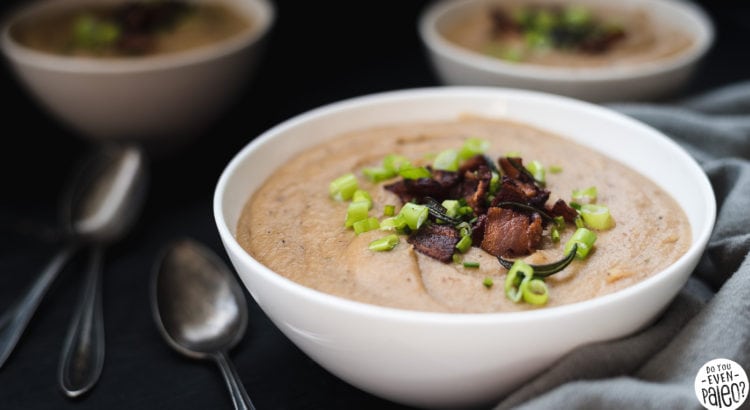 Potato soups and cauliflower soups are both popular as comforting cold weather recipes, so why not combine the two? You get the best of both world with this soup – thick and rustic with earthy vibes from both the potatoes and cauliflower. You’ll notice the hint of nuttiness from cauliflower, but it’s not overpowering since it only makes up a portion of the soup base. 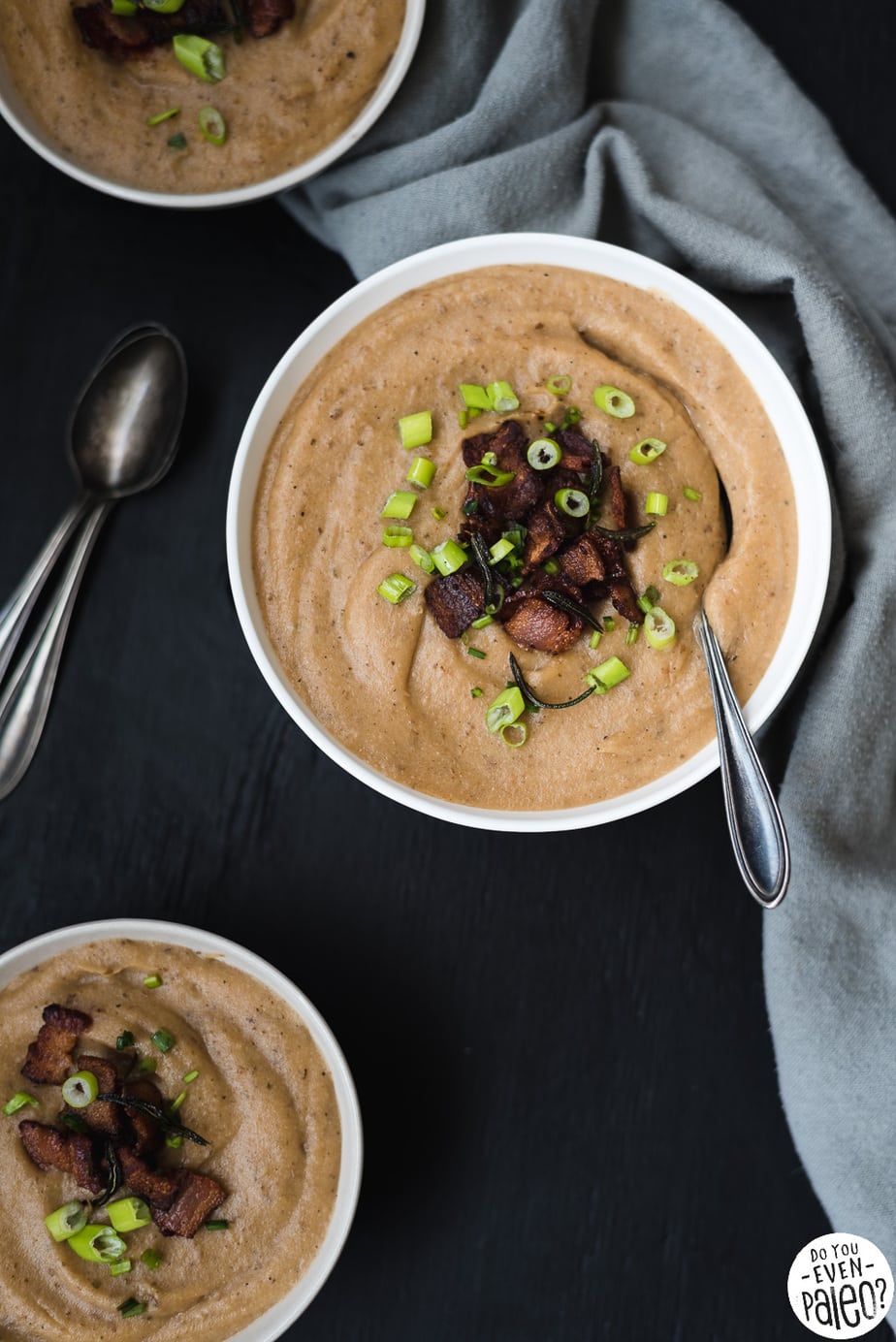 I start this recipe off by crisping up the bacon. Then take advantage of that delicious bacon fat to cook the rest of the recipe. And that crispy bacon becomes the preferred garnish for the soup. Because bacon is the best way to both start and end a recipe. Right?

This soup can be customized in a couple different ways.

First off, if you want a chunkier soup, you can use a slotted spoon to remove some of the potato pieces before you blend the rest of the soup. Then, after the soup is blended, add the reserved potato back in.

If you want a rustic-style soup, all blended but not totally smooth, just don’t blend it as long. 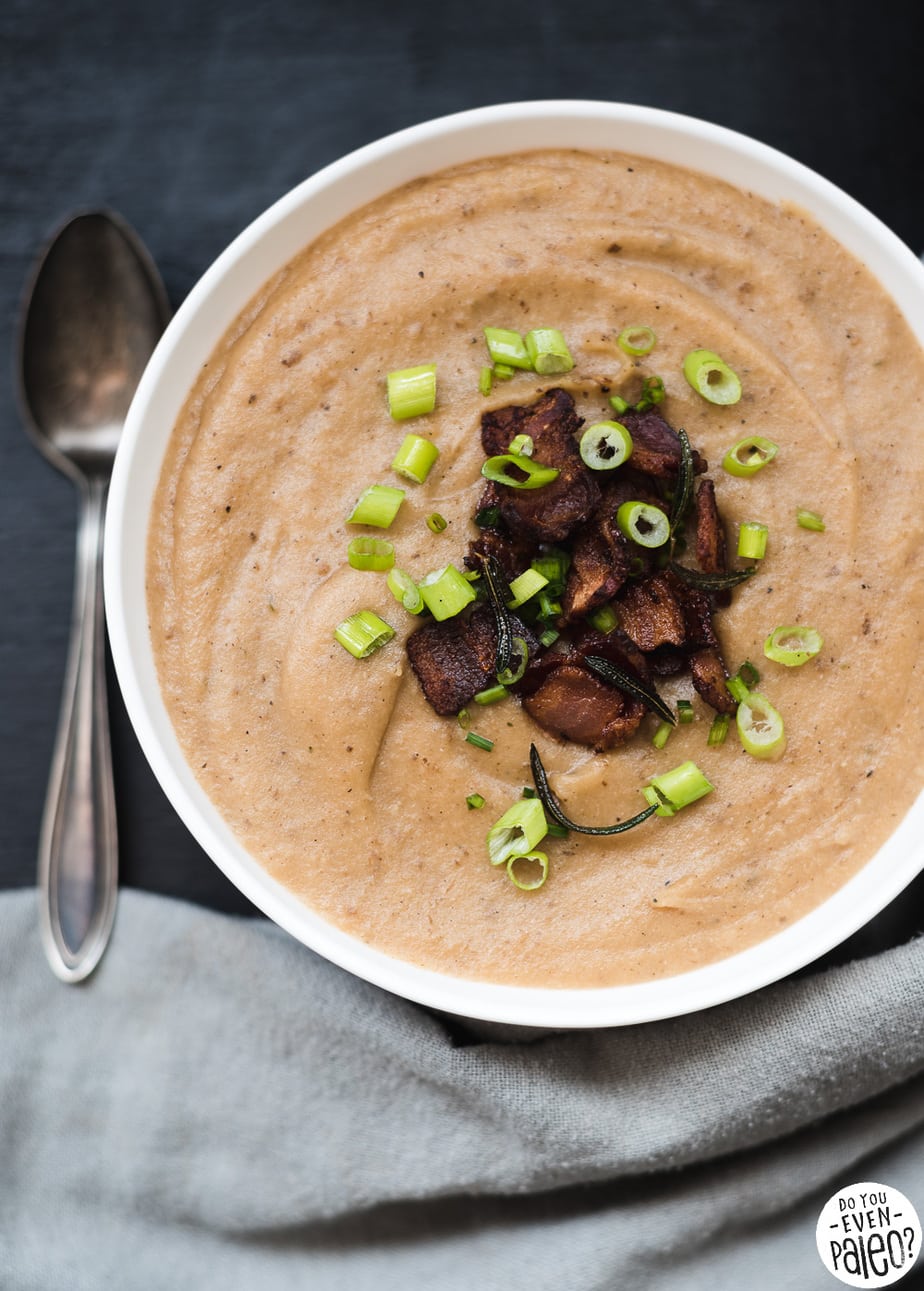 Another way to customize it is to add more bone broth (or up to a cup of coconut milk) to make it thinner if that’s your jam. I prefer really thick, stick-to-your-ribs soup. If it stays on the spoon when you flip it over… YAS. That’s where it’s at! But if you prefer a thinner soup, follow your heart. I’m not going to stop you. 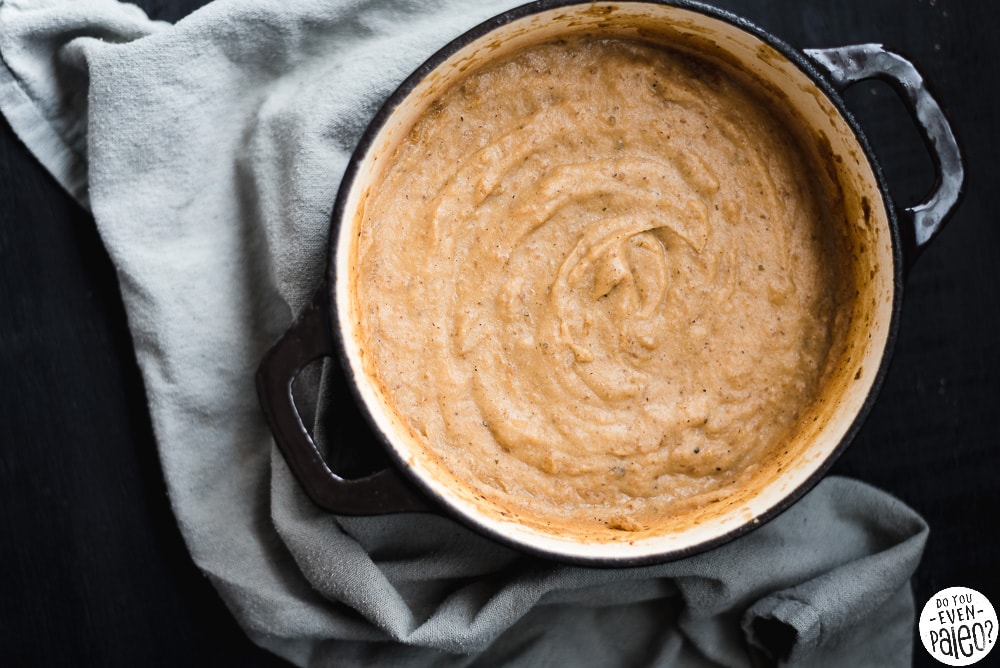 You can also add in whatever toppings you’d like! Fancy some cheese or sour cream on top? Go for it, if you tolerate dairy. Want to skip the green onions and go all out on the chives? Be my guest.

I’ve also added leftover chicken to this soup before to bulk it up a bit and make it a full meal. I imagine leftover pulled pork would be an amazing addition, too! 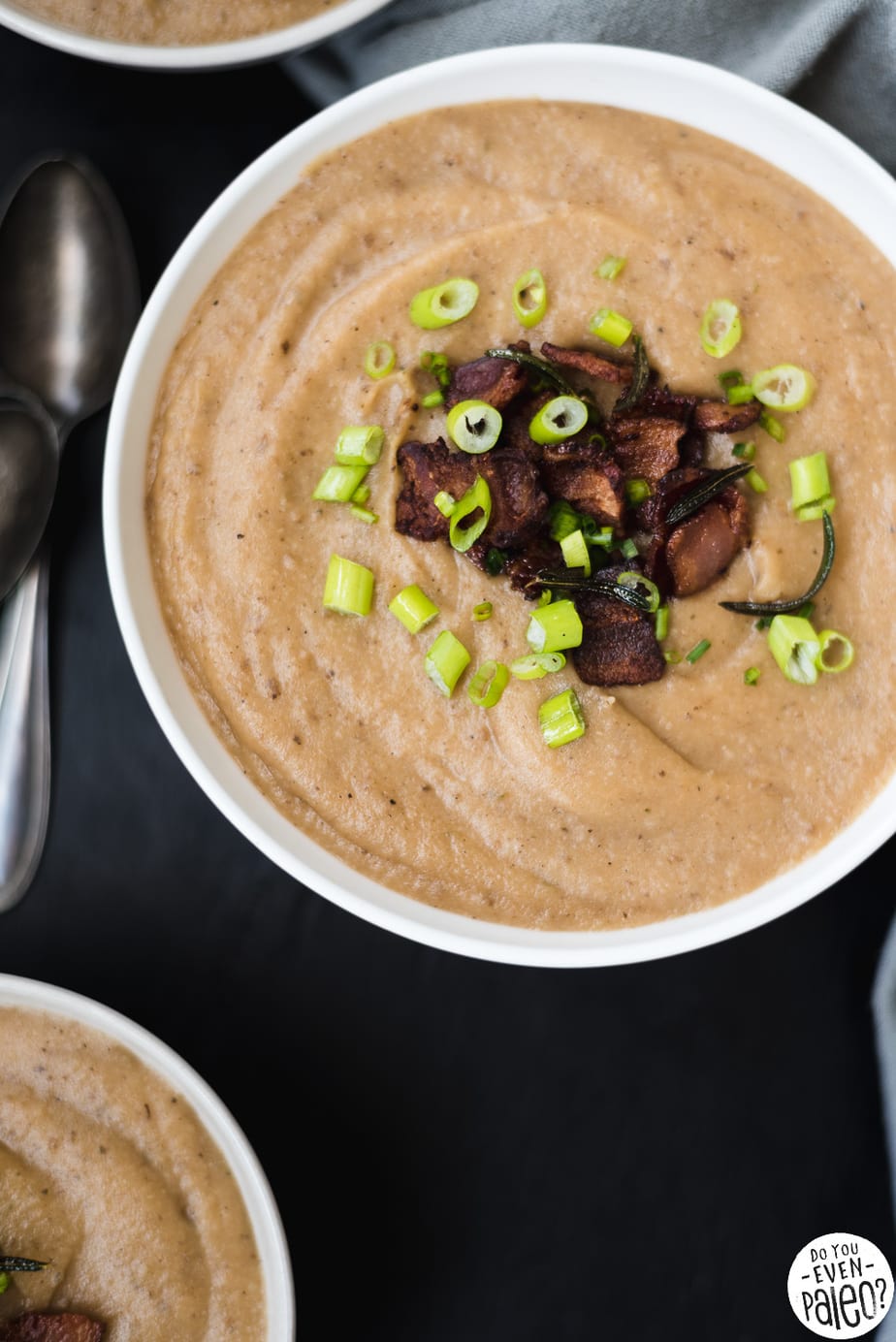