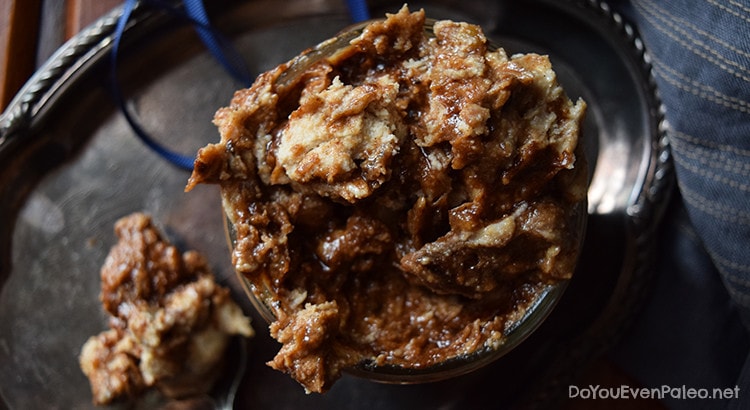 This review of Paleo Home Cooking by Sonia Lacasse is long overdue.

I wish I’d run to the computer after my first look through the cookbook (in which I dog-eared well over a dozen pages to come back to ) just to gush about the beauty of the book. I wish my first action after trying the first recipe was to dump all of my praise into a post and hit publish just so everyone knew that even that one recipe made the whole book worth purchasing.

But, logic held me back. In order to give a cookbook a good review, I feel that you at least need to try a couple different types of recipes. Any less and you’re just cutting it short. Then, life happened, and I had to put the review on hold even though a few recipes from Paleo Home Cooking had already become weekly staples.

So now that I finally have time to collect my thoughts and pictures on Paleo Home Cooking, here is my review.

I have to start by saying I’ve been a long-time fan of Sonia over at her blog, The Healthy Foodie. I started following her blog before I went paleo (and before she went paleo). Coincidentally, when I first started following a paleo lifestyle, I noticed her blog beginning to follow that template too…and not long after, she announced that she was fully embracing the paleo lifestyle. I’m not entirely sure why, but reading Sonia’s story and following along her journey helped inspire me to start this blog. So I was starstruck and honored when she contacted me and asked to send me an advance copy — I’ve looked up to this woman for a long time! I’m thrilled to share this review and recipe with you. 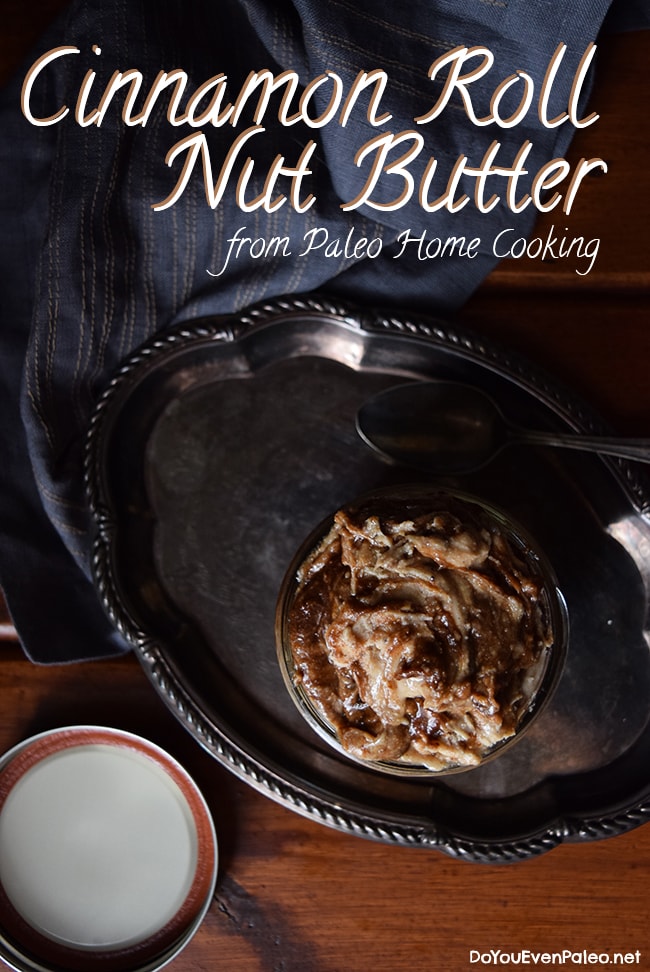 One aspect of this cookbook that I’m most impressed with is the nut butter section. On her blog, Sonia has dozens of brilliant and drool-worthy nut butter recipes…the kind of recipes that make you wonder why you’ve ever been satisfied eating plain almond butter. When she mentioned that there was a whole section of her cookbook dedicated to nut butters, I was all in.

As a matter of fact, the first recipe I made was the Spiced Pumpkin Pecan Spread – it’s just perfect for fall! I brought it to a CrossFit event, and everyone that tried it loved it. It’s excellent with crackers, muffins, apples, or straight from the jar. I have to admit, I probably ate the last half of what I had in one sitting!

Obviously, I didn’t want to only base my review off of nut butter recipes.

I quickly added Honey Sesame Chicken, Creamy Chicken Soup, Maple Balsamic Pork, and Pork Scaloppine Roll-Ups to my weekly dinner plan. Just typing that list out, I realized I’ve made more recipes from this one cookbook than I have from the rest of the cookbooks on my shelf combined. Now that’s something. I love collecting cookbooks, especially from fellow bloggers. But oftentimes I make a recipe or two, add them to the shelf, and move on. That isn’t the case here. 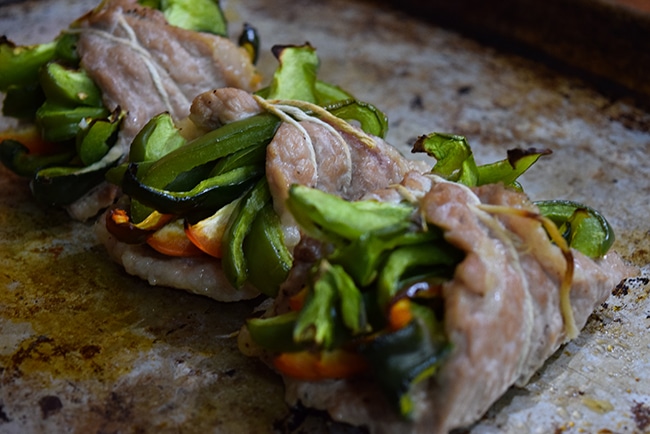 Each recipe I’ve made from Paleo Home Cooking turned out to be a surefire winner. Even my partner, Tjay, who is very hesitant about trying new recipes, dug in to each one and declared that I can make any recipe from the cookbook anytime and he’d be happy. His favorite so far, the Pork Scaloppine Roll-Ups pictured above, are easy, customizable and delicious — I’ve made them numerous times since receiving the cookbook, and I’ll make them again and again! Sonia has said that this is her favorite recipe in her cookbook, and Tjay and I can see why. 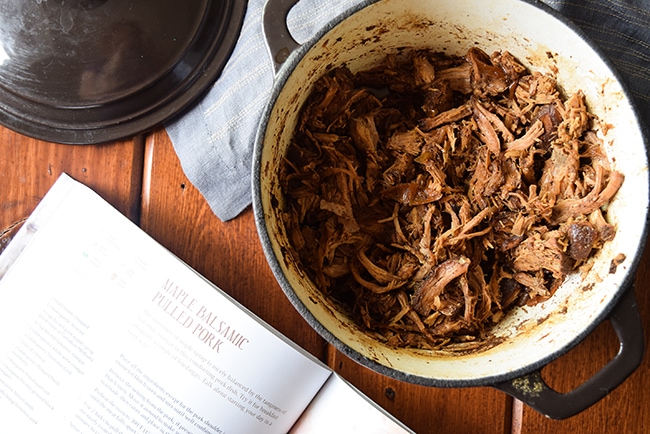 I know I’ll keep returning to this cookbook because of the vast array of recipes. There are simple recipes you could practically memorize, there are recipes for specific cravings, and there are more masterful recipes that require time and patience (I’ll tackle you someday, French Canadian Meat Pie!). There are diverse options for tastes and flavors in this cookbook — everything from spice mixes to Scallop and Pink Grapefruit Civeche to Italian Wedding Soup to Pork Souvlaki to Apricot Pistachio Lamb Stew to Maple Syrup Mousse Cake to…I could go on! There are 150 recipes in total.

Of course, over 20 of those recipes are the nut butters, which are simply an essential part of life. Hmm…back to talking about nut butters again. Is anyone surprised? 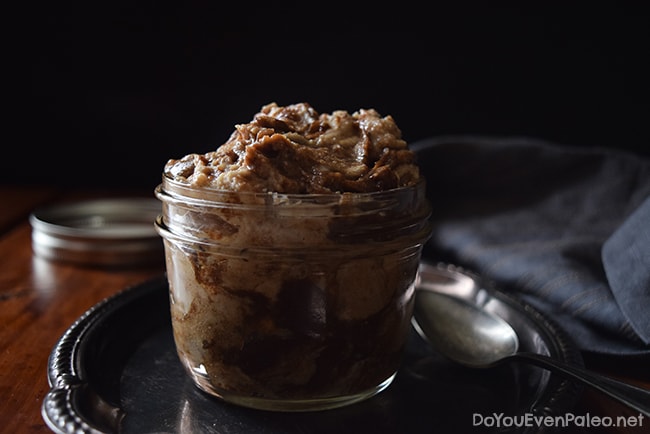 Because I feel so strongly about Sonia’s phenomenal nut butter recipes, I’m sharing one with you! I generously got the green light to share the Cinnamon Roll Nut Butter recipe.

Doesn’t it look stunning? Just imagine how good it tastes! 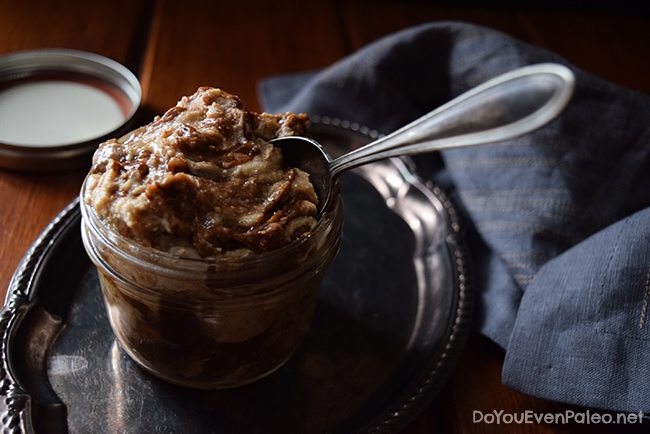 When I made the base, I was astonished to find that it smells like a cinnamon roll. A few basic ingredients, and my kitchen smelled like a bakery! Honestly, you could just make the base and the result is pretty phenomenal on its own. But…

I’ve had to practice some serious self-control around this big jar of nut butter. I even gifted a good portion of it to a friend who just finished her Whole30 (I’m pretty sure I became her best friend because of that).

When I’m not sneaking a spoonful, I find that it goes very well with apple slices. Plus, when I slather it on apple slices it’s easier to convince myself that I’m not overdoing it. 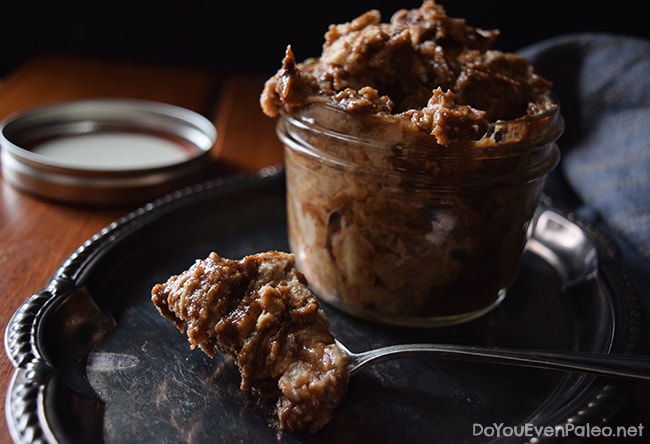 Speaking of apples…I think I’ll be dolloping this cinnamon roll nut butter on top of some baked apples tonight. I’m drooling just thinking about how decadent this nut butter will be warm!

I know I’m gushing, but I’ve said it before and I’ll say it again: Sonia is the goddamn Nut Butter Queen. Thank you for this cookbook. Thank you for all the work you put in. Paleo Home Cooking is, by far, my favorite cookbook on my shelf.

If you were on the fence at all about whether or not to buy this cookbook, hopefully my review helped you decide. If not, make this nut butter and remember that there are 20 more recipes like it in the cookbook. Boom.