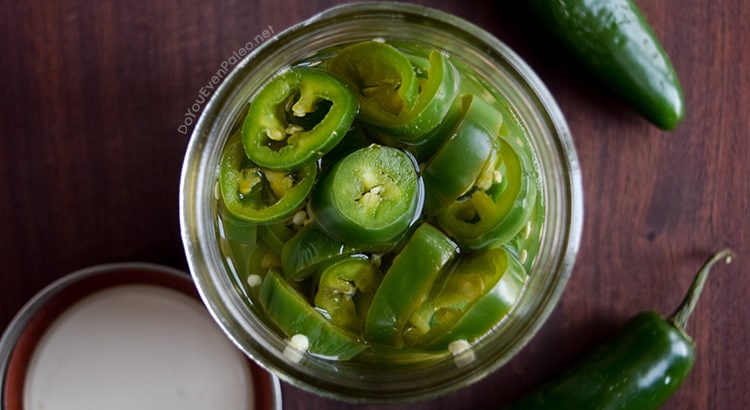 By far, my favorite obsession this summer is pickling. I’ve pickled jalapeños, radishes, and onions. Next on my list are beets, garlic, and ginger. And even though it’s excessively easy, I’m sharing how to make pickled jalapeños in today’s post!

I posted a quick-and-easy tutorial about pickled jalapeños on Instagram a while ago, and it ended up being a hit. It only makes sense to take prettier pictures and post the recipe here, right? That way, it’s easier for you to find and reference.

Quick note: a lot of these pictures show pickled radishes, too. I’ll be publishing a second post about those—the basic method is the same, but I did switch it up a little bit. Plus, there are just too many pretty pictures for one post! 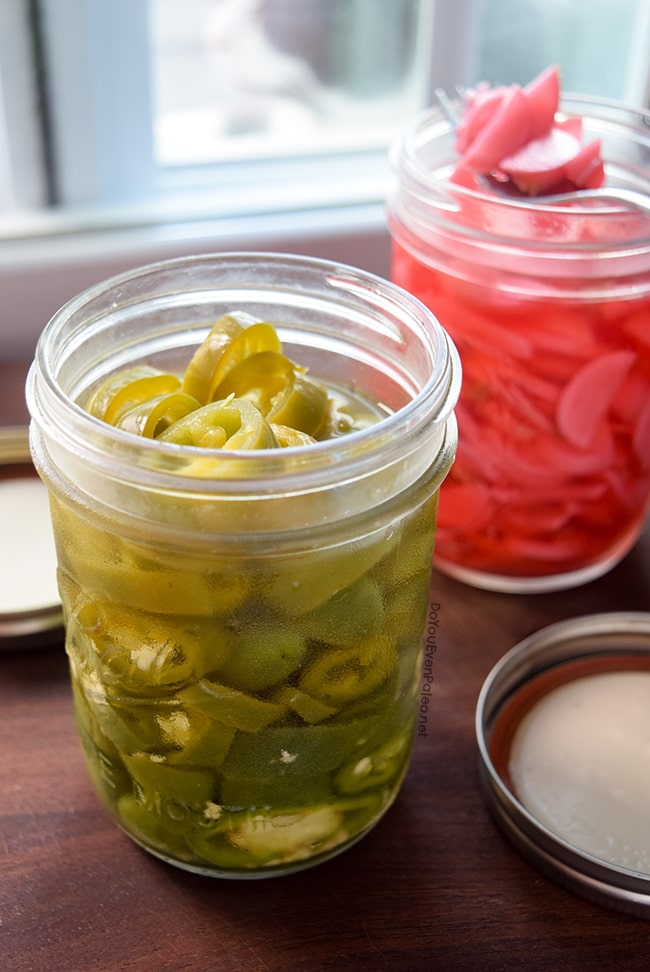 Let’s jump right in, shall we?

First thing’s first: you’ll need a lot of jalapeños. About a dozen for a yield of one pint. Luckily, jalapeños are very inexpensive in the summer…or chances are, you’re growing some in your backyard. So gather up those jalapeños and slice them thin. 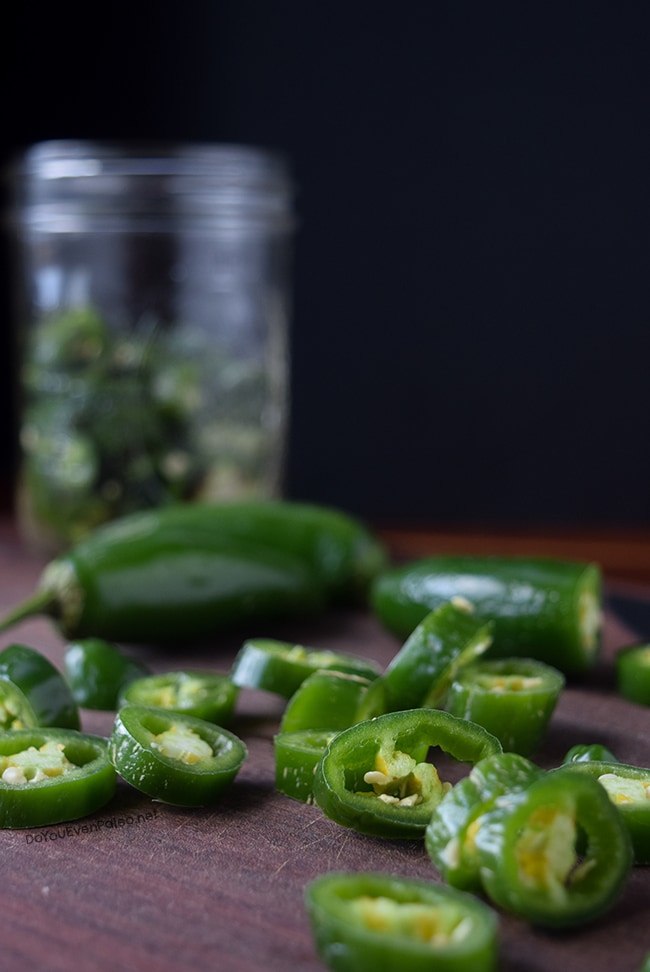 Next, jam all those jalapeño slices into your pint-sized mason jar. Really pack ’em in. You’ll want to leave enough space for at least half an inch of headroom. If you plan on adding any additional spices/herbs for flavor (dill, garlic, etc.), here’s where you’ll add it in. 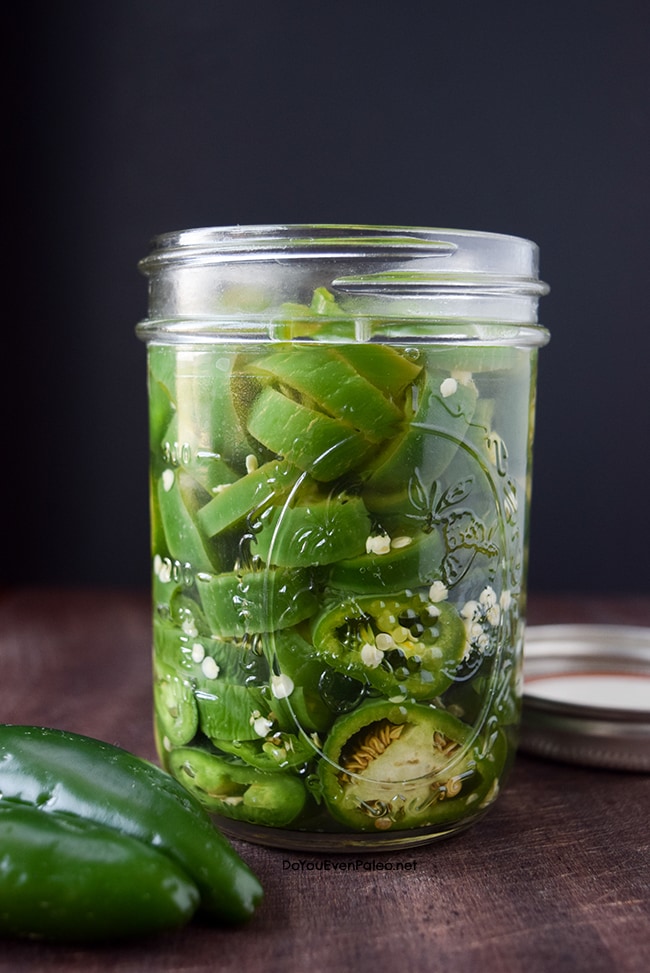 In a small saucepan, combine the water and vinegar and bring to an almost boil. It should be simmering, dangerously close to bubbling into a boil, but just not quite there. Turn off the heat and add the honey/sugar if you’re using it (note: the sweetener helps tone down the spice of the jalapeños, so I recommend using it). Stir until dissolved. 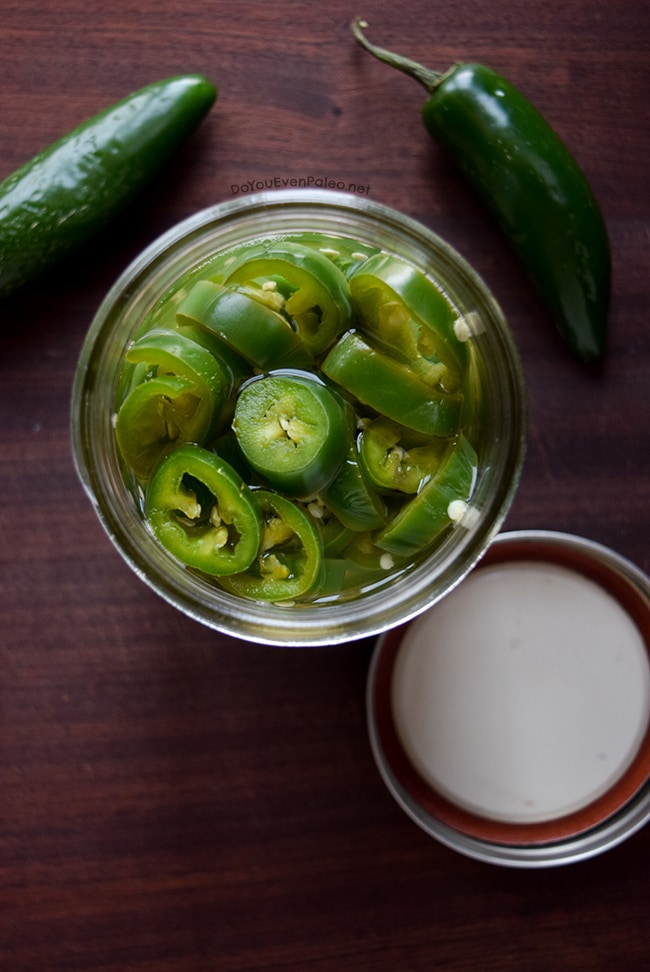 Once the pickling liquid has cooled slightly, pour into the jar over the jalapeño slices. Make sure all of the jalapeños are covered! Cap it off. 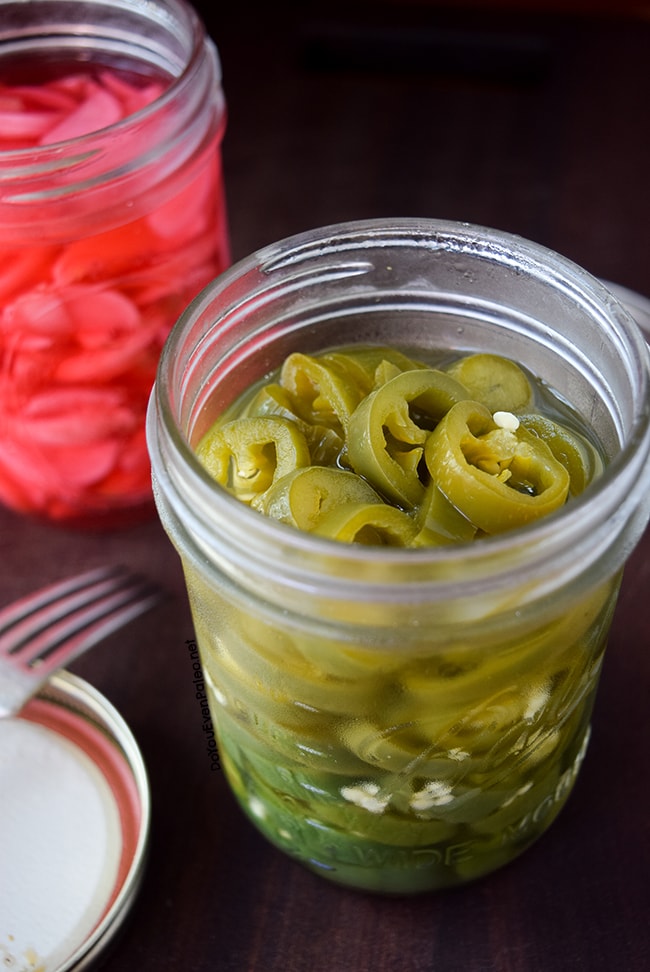 At this point, you can either throw the jar into the fridge for “refrigerator” pickled jalapeños or get your canning on and submerge the jar into boiling water to seal the cap on. What’s the difference between the two?

The refrigerator method skips a step and the jalapeños will be properly pickled in a couple days, but the shelf life is not as long (they’ll last a few weeks) and they have to take up your fridge space. If you go with canning, you can store the pickled jalapeños on the shelf and open them when you need them (though they have to be refrigerated after they’re opened). 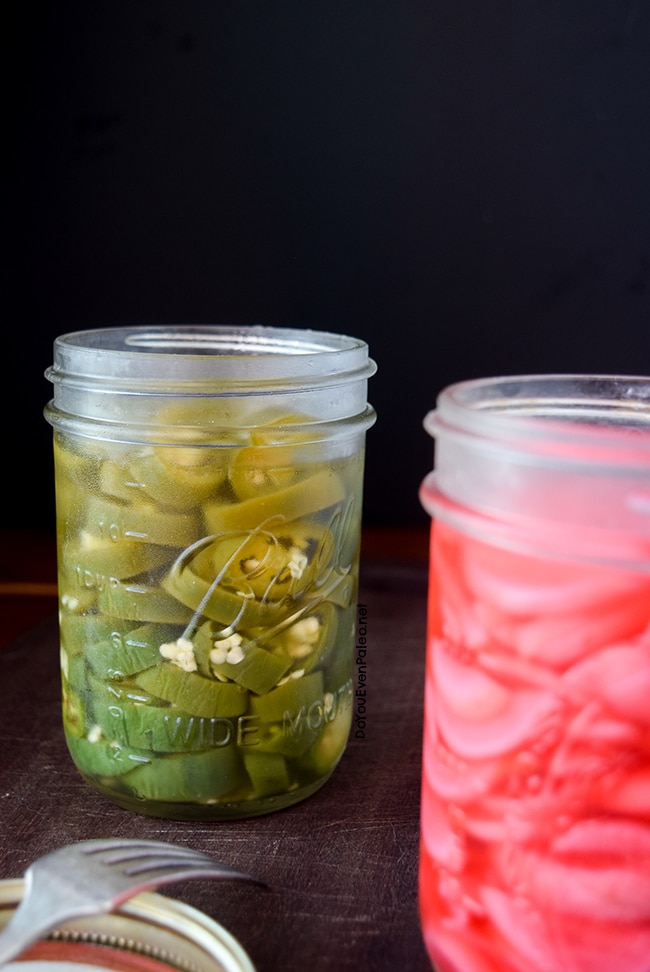 I’m lazy and I like near-instant gratification, so I always go with the refrigerator method. Sorry, canning diehards.

Put A New Spin On It:

Keywords: How To Pickle Jalapeños

3 thoughts to “How To Make Pickled Jalapeños”