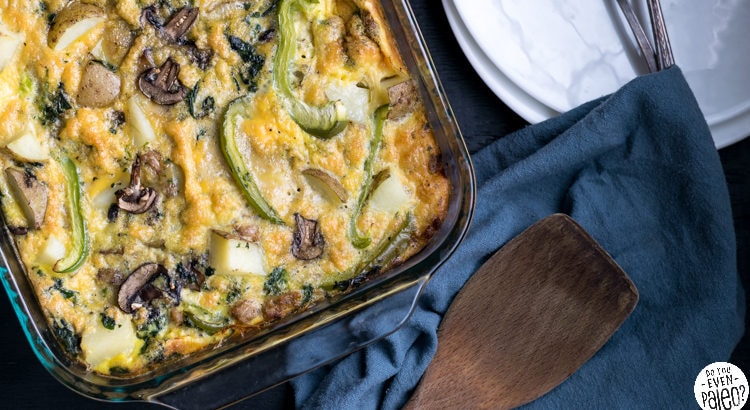 Busy mornings call for easy, prep-in-advance, nourishing breakfasts. That’s right where a Potato, Sausage, and Veggie Egg Bake comes in! This egg bake is gluten free, paleo, and Whole30-friendly. I mean, the ingredients are right in the recipe name: potatoes, sausage, veggies, and eggs!

Ultimately, I decided egg bake was the way to go. But is there truly a reason not to call it a frittata? Is there some distinction I’m missing? Maybe “egg bake” is just another term for frittata and I’m overanalyzing. A lot. 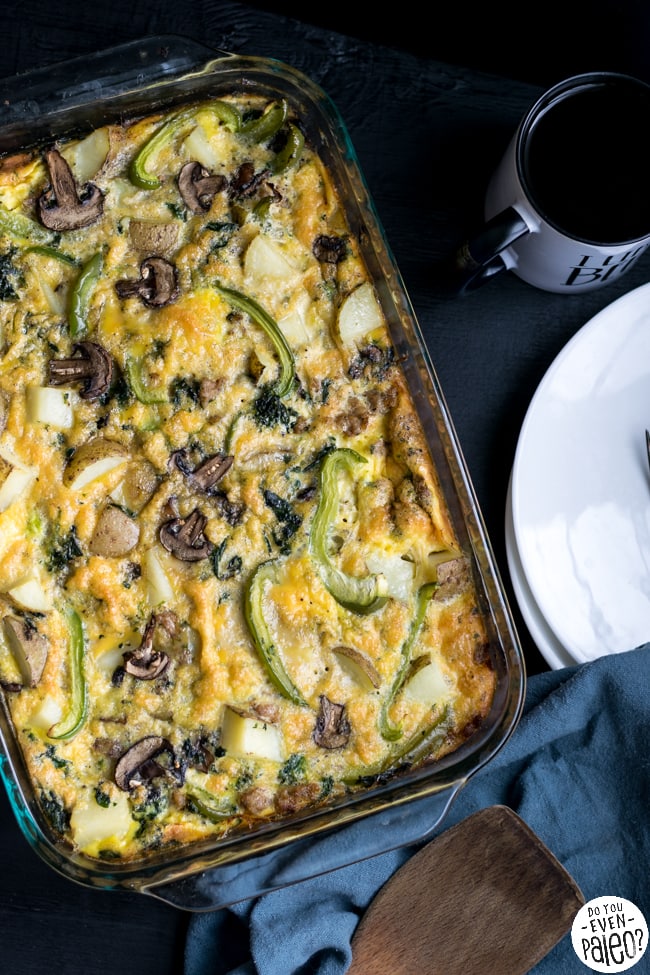 Either way, this recipe has the best of both worlds. An egg base brimming with sausage, potatoes, and veggies like peppers and spinach. An all-in-one breakfast that you can reheat and eat before running out the door.

On the flip side, an egg bake like this will serve up to 8 people. So you can feed family or company with one simple dish! That’s always a plus.

If you’re reheating this for breakfast throughout the week, I can completely understand getting bored of the same breakfast day after day. My best tip for spicing it up is sauces and dressings – drizzle in hot sauce one day, douse with ranch the next. Salsa would be an excellent accompaniment for the veggies in this egg bake – and salsa is literally just more veggies! 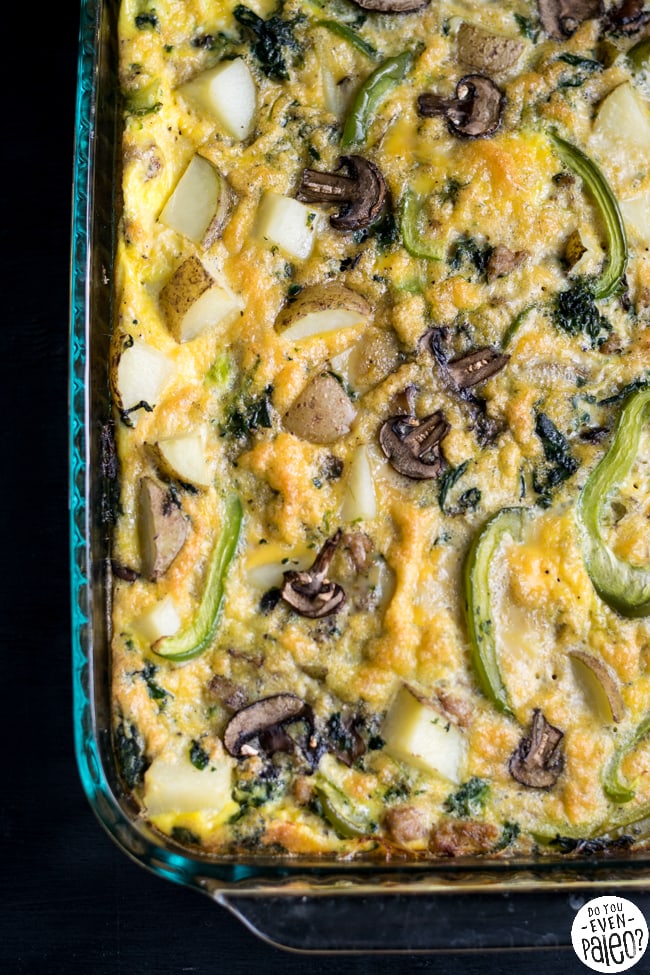 Since we’re on the topic of veggies, I’d love to know which vegetables you often throw into egg bakes/frittatas/breakfast casseroles. I find I always gravitate towards mushrooms and greens (like spinach or kale). That’s why I threw potatoes and peppers in this one—we all need to shake things up every once in a while, don’t we? Hit up the comments and tell me your favorites, if you’re so obliged!

And as always, there are endless ways to customize a recipe like this. If you don’t do potatoes, try Japanese sweet potatoes. If you don’t have sausage on hand, use bacon. But, that said, I haven’t tried every combination under the sun, so don’t blame me if you change the recipe and it doesn’t work out (that’s seriously a food blogger’s biggest annoyance). 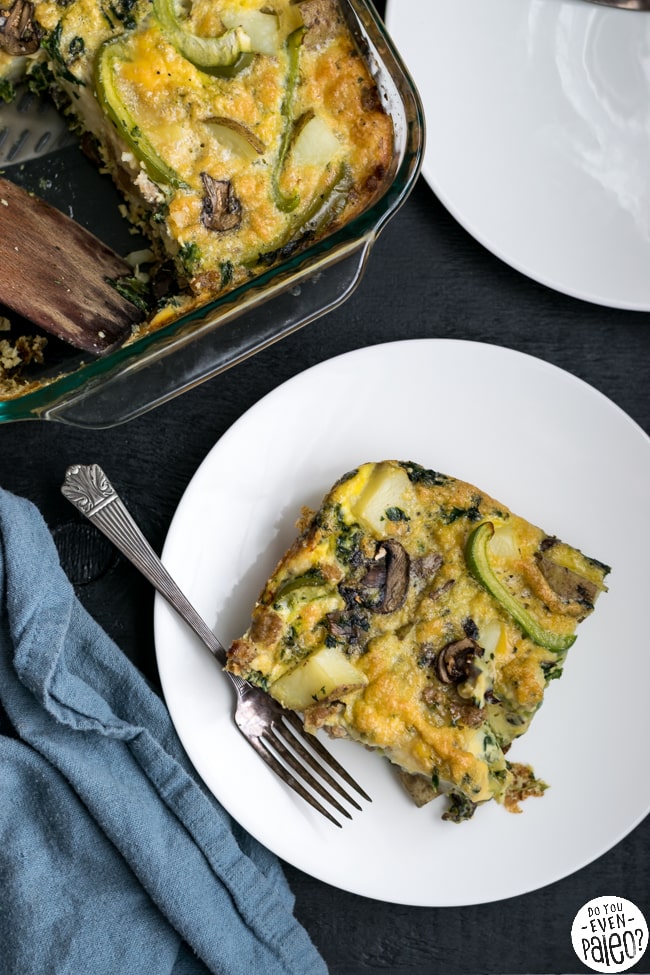