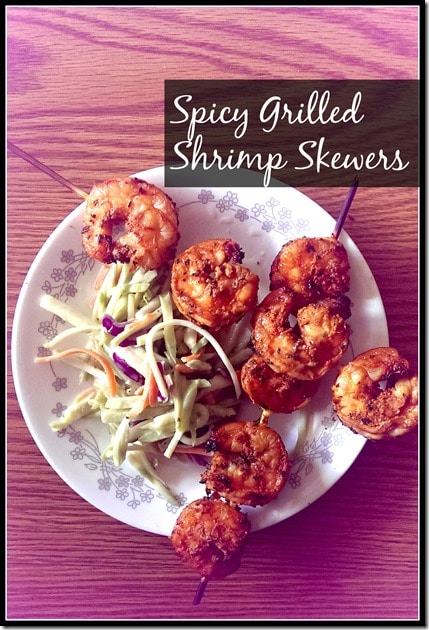 I made this shrimp for my first grill-out of the summer.  How weird is it that it’s almost mid-July and I’ve only grilled once?  Well, I don’t have my own grill and I’ve been working an overnight shift, so it’s kind of hard to find people to grill with.  But I finally managed it, and I made some bomb spicy shrimp.  I’m just glad I wrote down this impromptu recipe so I could share it!

First, I’m going to get a little emotional up in here.

Confession:  I’m awful at starting conversations.  Conversation is a talent that I am certainly not graced with.  I do decently as long as someone else is leading the conversation, but if you depend on me to manage the topic and discussion flow, I’ll take you down a dizzying, unmapped path laced with sarcasm and borderline inappropriate stories.  I am not usually that great at expressing myself, and those few who do know me fairly well would affectionately refer to my personality as an unstable roller coaster of undersharing and oversharing.  While this sort of randomness and disregard for my own personal boundaries can be refreshing qualities in some people, from me it tends to strike others as awkward and just plain strange.  I’ve struggled with talking to people my whole life.  I feel like I make a lot of social taboos, and most people aren’t that willing to forgive those, so there ends up being a barrier between me and others.

As a result, I’ve never had many friends at any given point in my life.  There are a handful of people that seem to be drawn to my particular brand of weirdness and recognize that I’m generally an awesome person, but the vast majority seem to be too confused by my attempts at conversation to really make an attempt to get to know me.

That’s not to say the fault is in other people.  I know I’m not good at conversing with people, and I generally don’t go out of my way to try.  When I was much younger, I was helplessly shy.  I still get social anxiety (I have driven out to a bar where acquaintances generally invited others to join them just to sit in the parking lot for a bit, decide I was too nervous to go in, and drive home), but my willingness to be outgoing has improved greatly.  Still, I feel like I’ve made a big mistake in the past year – I’ve been focusing so heavily on my physical health and self-acceptance that I’ve largely blocked other people out.  I’ve met a lot of people in the past year, but where friendships could have quickly blossomed and grown, I’ve largely ignored to focus on myself.  Now I’m in this weird position where I want closer friends, but I’m not sure how to get them, and the people around me are used to me being shut off from them. 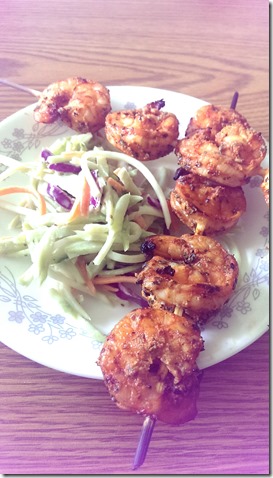 For the Spice Mix: