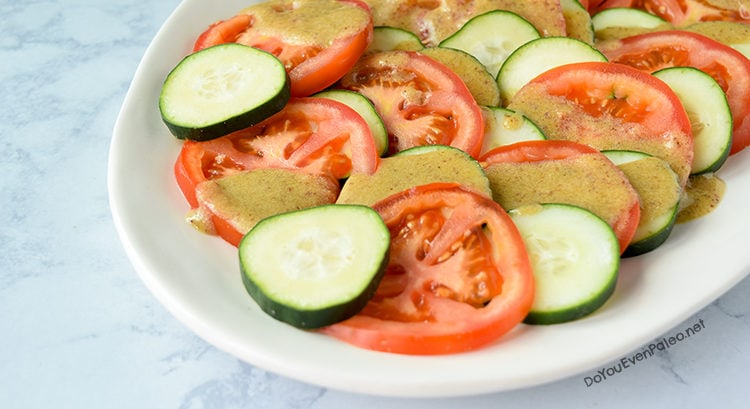 I’ve actually been holding onto this recipe since last summer. By the time I had some pictures of the dish (back when I first got my fancy DSLR), tomatoes were out of season and the internet was all about pumpkin spice lattes. I shrugged and held back the recipe, confident it would be great to post the following summer.

I was right! Even though I almost lost the recipe…

When I re-discovered the handwritten recipe card (I’ve since developed a system of organizing potential recipes and ideas online so I don’t have to worry about losing notecards), I knew it would be my contribution for the post-Murph Memorial Day Potluck at CrossFit 701. 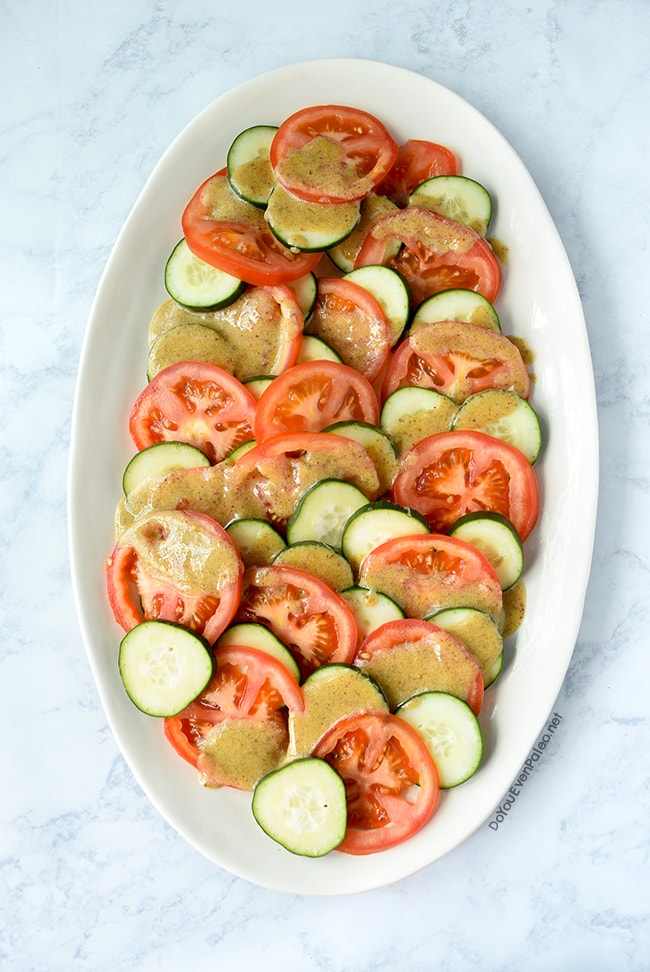 Well, one of my contributions. I also brought my Coconut Fudge Bars. But the tomato and cucumber salad was my healthy addition.

And it was a hit. You can be pretty certain your recipe is a keeper when multiple people request the recipe, and still more voice questions like “What did you do to make veggies taste so good?!” and “I could eat the whole bowl!”

Comments like that make me smile, because there are about 5 ingredients in this recipe (including the tomatoes and cucumbers). People are shocked when I tell them that the dressing is simply mustard, red wine vinegar, and olive oil. I delight in surprising people like that.

But really, it shouldn’t be so surprising – really good food can be really simple.

After all, one of my most popular recipes has 3 ingredients – carrots, rosemary, and ghee. 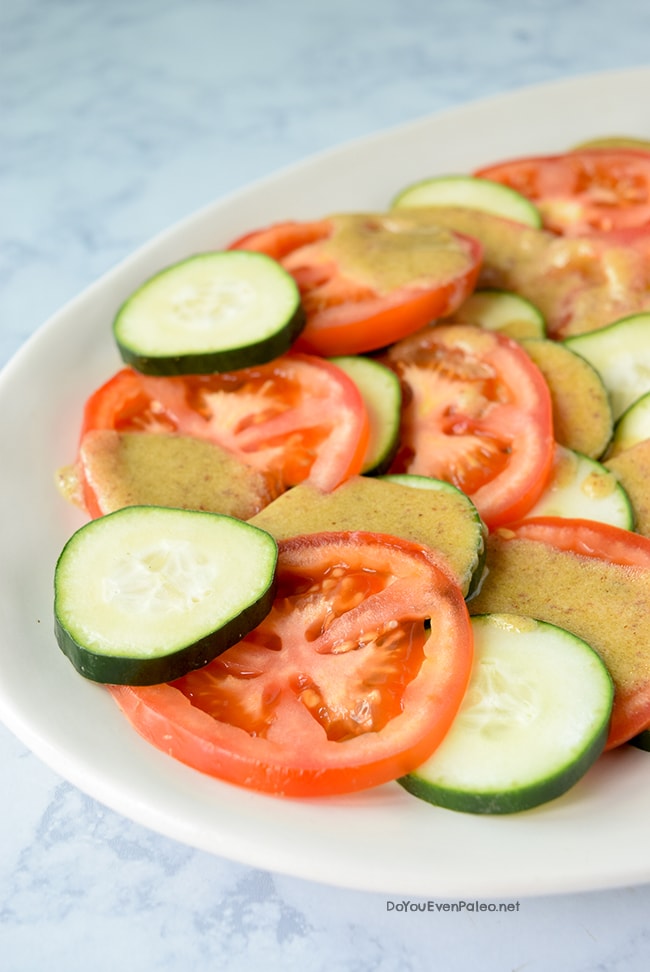 If you’re bringing this salad to a potluck or preparing it for guests, you can cut down on day-of stress by cutting the veggies in advance and even prepping the vinaigrette the night before, combining them just before serving. That way, you’ll avoid overly soggy veggies. Although I do think the dressed salad keeps fairly well overnight…but we’re talking about wowing guests here.

Then again, if you aren’t worried about the guests, I’ve also made big batches of this salad and eaten it throughout the week. Letting it sit is like letting it marinate and the flavors merge.

Either way, this is a recipe worth keeping around for its ease and light zestiness. Summertime flavor, all around.

Make this simple tomato and cucumber salad with mustard vinaigrette to put a zesty spin on your bounty of summer tomatoes.

One thought to “Tomato and Cucumber Salad with Mustard Vinaigrette”